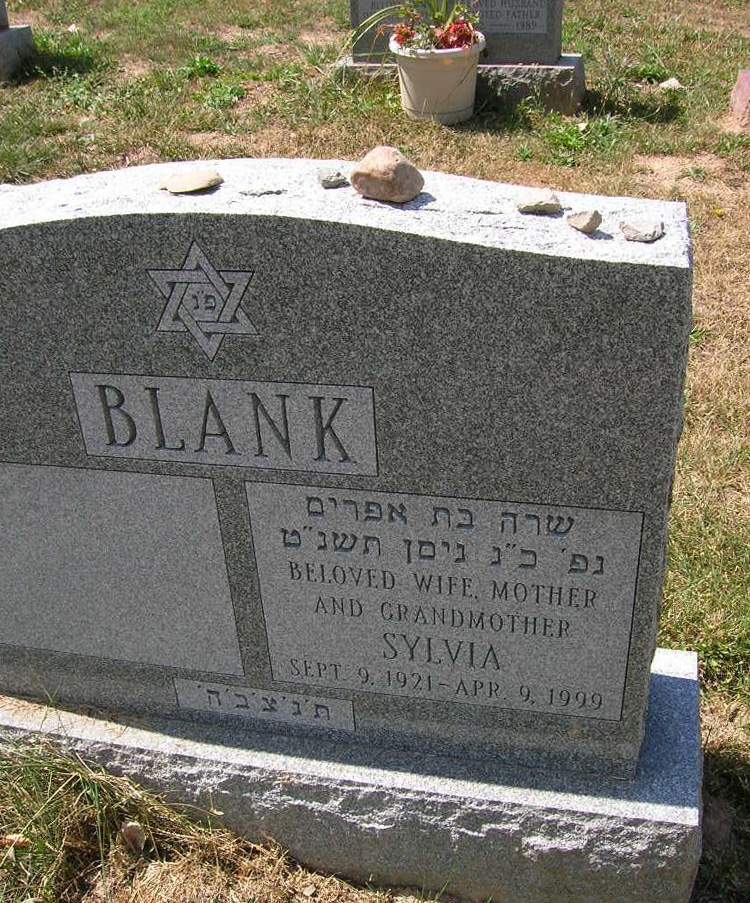 
Julius "Jules" Blank of DeWitt, NY, aged 102, passed away peacefully in the early morning December 26th surrounded by his family. Born in New York City on January 1, 1915 he grew up in Petersburg, Va., the son of Zelig and Toby (Lipnack) Blank who owned a dry-goods store. He attended Petersburgh High until the Depression forced them to close the store and move back to New York City. There he worked 72 hours a week in the garment district and fought for the union to protect workers. He was drafted late in WWII into the Army Air Force (later to become the U.S. Air Force), trained in Kingman, AZ. as a B17 ball-turret gunner and served in England until the end of the war. In 1946, he returned to Baltimore, worked as an X-ray technician and instructor and there met his future wife, Sylvia, a Syracuse native. In 1949 they moved to Syracuse where he began a successful 30-year career in the insurance industry, first for The Unity and then for Prudential Life Insurance. A Union man through and through, he was always active in the Insurance Workers International Union.
As a lifelong member of Temple Beth El, Jules served as Mens Club President, a member of the Board of Directors and headed its Religious Committee as well as being an active member of the Syracuse Jewish War Veterans. After retirement, he and Sylvia spent winters in Florida but the rest of the year in Syracuse to be with family and friends. They volunteered at Menorah Park where Jules pushed patients to physical therapy well into his 90\\'s. His last five years were spent living happily at The Oaks at Menorah Park making friends with residents and staff. Although he earned his GED he was proud to be presented with a State of Virginia World War II Veterans Honorary High School Diploma as the guest of honor at the 2007 Petersburg High School graduation ceremonies. He was also extremely pleased to be able to join 80 other Veterans on the recent Syracuse Honor Flight to Washington, D.C. to tour war memorials and monuments and observe the Changing of the Guard at the Tomb of the Unknowns.
In addition to his dear departed wife of 52 years, Sylvia (Frank) he was predeceased by his brother Ben, and sister Rhea Teitelbaum. Loved by all who knew him, he is survived by his sons, Ted (Tina Gleisner) Blank, and Alan (Stacey Baron) Blank; grandchildren Rabbi/Cantor Hillary (Rabbi Daniel) Chorny, Jason (Emily Young) Blank and Ryan Blank, great-granddaughters Chloe and Ella and many loving nieces and nephews.
Services will be conducted at 2:00 p.m. on Thursday, December 28, 2017 at the Birnbaum Funeral Chapel, 1909 E. Fayette Street. Friends may visit with the family from 1:00 to 2:00 p.m. at the chapel on Thursday prior to the service. Burial will be in Beth El Cemetery. Contributions may be made to the Syracuse Jewish Family Service, 4101 E. Genesee Street, Syracuse, NY 13214.