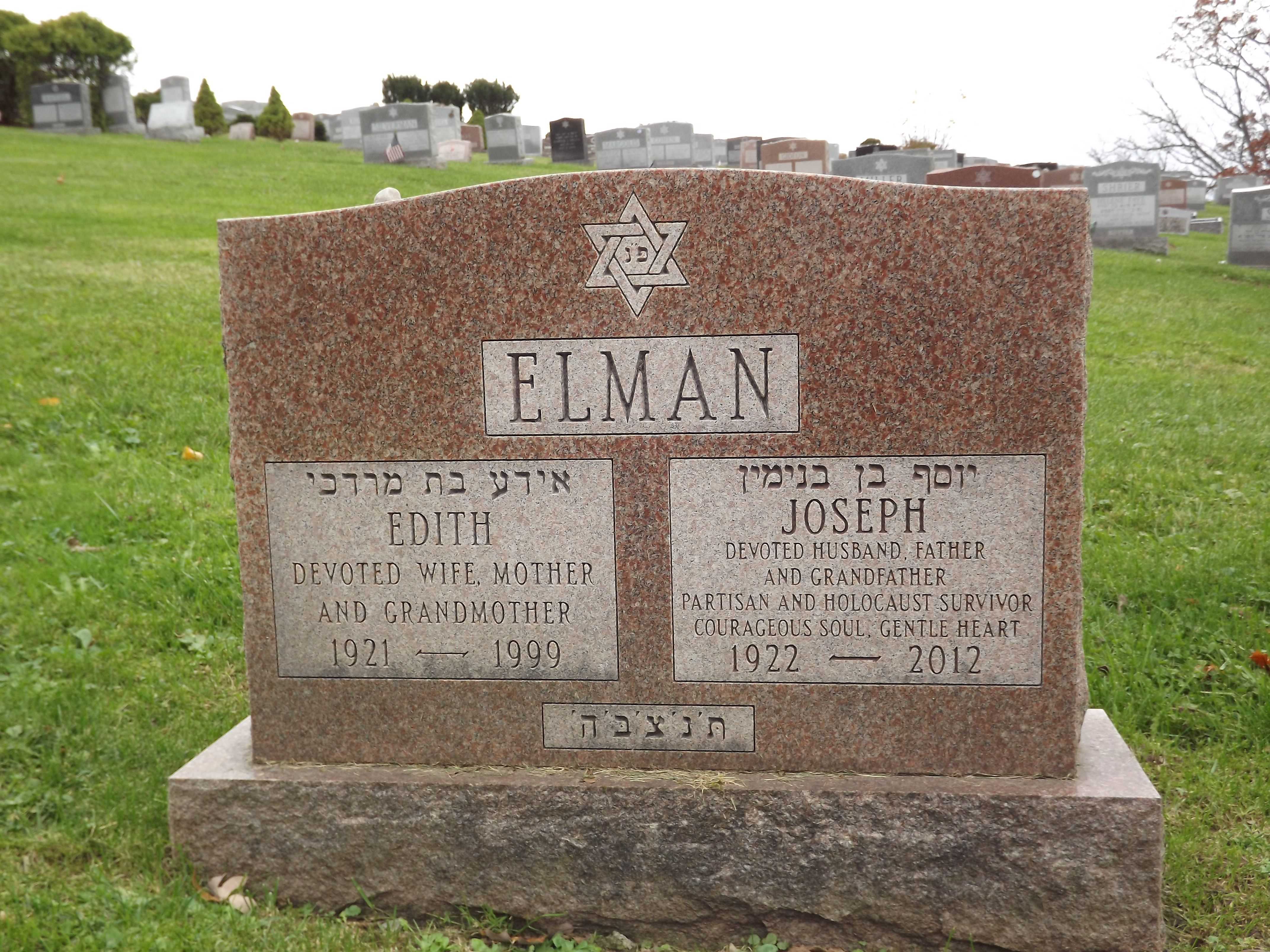 
June 29, 2012 Joseph Elman, 90, died Friday evening at Menorah Park. Born in Poland, Joe fought against the Nazis by joining the partisans. In an interview with the U.S. Holocaust Museum in 1998, Joe was quoted, "The world should learn a lesson from the past; what can happen to a nation, it can happen to anybody. You have to fight and educate people and hope that all those people who perished didn\\\'t go in vain. There should never be another holocaust, never again."

After the liberation, Joe was sponsored by an uncle in Syracuse and arrived here in 1947. He met his wife, Edith of blessed memory, in Brooklyn. They were married there and then settled in Syracuse, where they raised their family. He established Square Deal Recycling Company in Syracuse, most recently known as Elman Recycling corporation, was active with the Syracuse Jewish Federation and was always a supporter of the Jewish Community.

Funeral services will be 3 p.m. Monday at Sisskind funeral Chapel. Friends may visit with the family immediately prior to the service on Monday, from 2 to 3 p.m., at the funeral chapel, 3175 E. Genesee Street. Burial will be in Beth El Cemetery. Shiva will be observed at Muriel\\\'s home Tuesday through Thursday from 7 to 9 p.m.

Contributions in Joes memory may be made to a Jewish charity of your choice.
Burial Location
A38