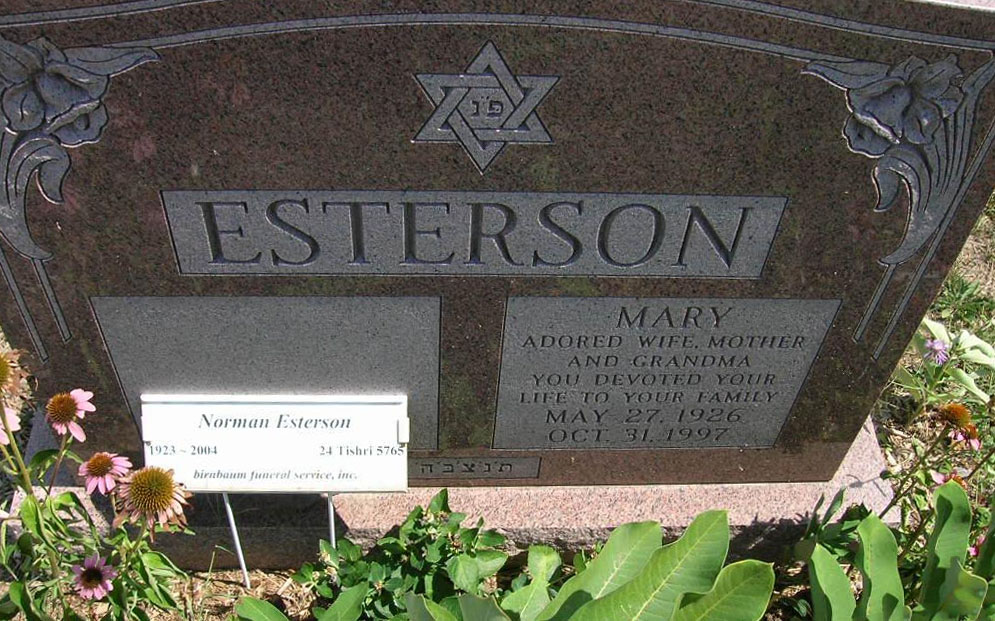 October 9, 2004 Norman Esterson, 85, died at theVA Hospital Saturday. A former resident of 118 Legion Dr., Liverpool, Mr. Esterson was a life resident of Syracuse and had been employed at GE for over 35 years, having retired in 1985. Mr. Esterson was a ham radio operator, with call letters of W2YRL and was a member of Radio Amateurs of Greater Syracuse. He was also a veteran of WWII. He was predeceased by his wife Mary in 1997. Survived by his sons Jack (Richard) and Alan (Patricia); a daughter, Victoria (Duncan) Perry; his companion, Terry Evans Esterson; four grandchildren: Lane and Jeremy Knight and Dana and Jason Perry. Services will be conducted at 11 a.m. Monday at Birnbaum Funeral Chapel. Calling hour: Monday from 10 to 11 a.m. at the funeral chapel, 1909 E. Fayette Street. Burial will be in Beth El Cemetery. birnbaum funeral service, inc.
Published Syracuse Post Standard on Oct. 10, 2004
Burial Location
A40