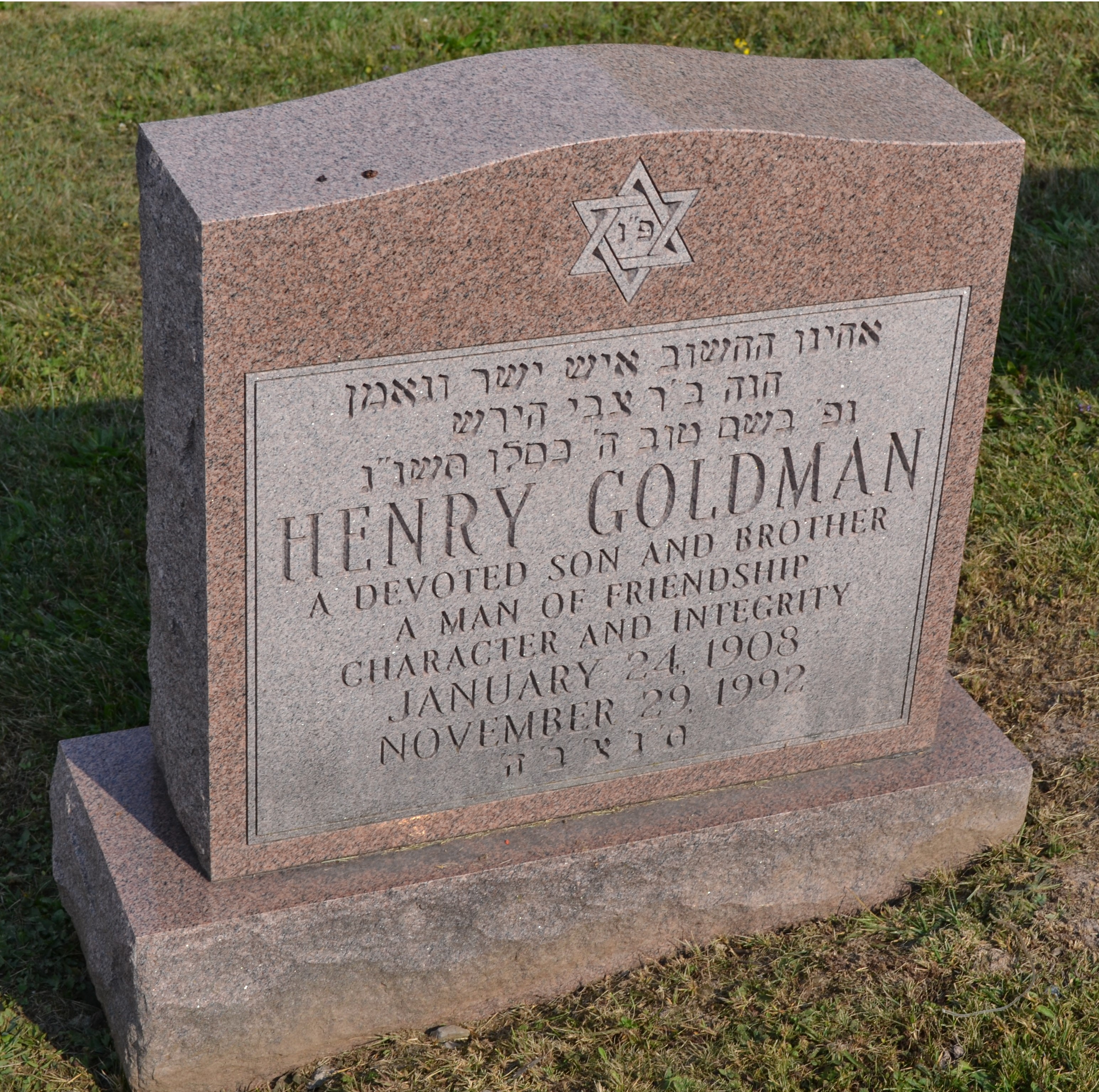 Henry Goldman, 84, of Southfield Apartments died Sunday at Strong Memorial Hospital, Rochester, after a long illness. Mr. Goldman was a native of Auburn. He retired in 1990 after 13 years as a partner with his brother, A. Leon Goldman, in the law offices of Goldman and Goldman in Auburn. Mr. Goldman previously was an attorney for 39 years with the federal government, retiring in 1977 as chief legal officer for the Department of Justices Federal Register.
Mr. Goldman was a 1926 graduate of Auburn Academic High School and a 1937 graduate of George Washington University School of Law, where he received his masters of law degree in 1939. He was a member of the District of Columbia, Cayuga County, New York State and United States bar associations. He also was admitted to practice before the Supreme Court of the United States. Mr. Goldman was a member of Bnai Israel of Auburn and Bnai Brith of Auburn. Surviving besides his brother are two nieces and three nephews.
Services will be at 11 a.m. Wednesday at Birnbaum Funeral Chapel, Rabbi David I. Sheinkopf officiating. Burial will be in Beth El Cemetery.
Burial Location
F411