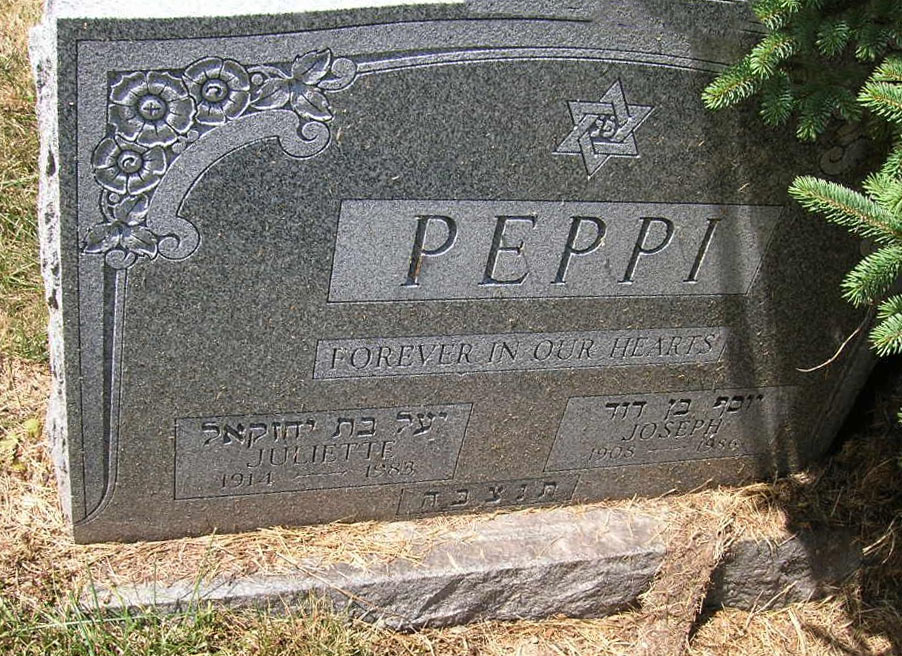 Joseph Peppi, 78, of 44 Gregory Pkwy., DeWitt, died Tuesday, December 23, 1986. Mr. Peppi was born in Egypt and had lived in the Syracuse area for the last 25 years. He was an accountant for Cooper Decorating and Dutch Parking Systems until he retired in 1973. Mr. Peppi was a member of Temple Beth El and was a
member of the Masonic Order in Egypt. While still in Egypt, Mr. Peppi was lightweight boxing champion.
Between 1939 and 1942, he worked for the U.S. Army in Egypt and from 1950 to 1955 worked for TWA in Egypt. Surviving are a son, David Peppi of DeWitt; a daughter, Marie Neville of Ottawa, Canada; three brothers, Maurice Peppi of Manchester, England, Eli Peppi of Paris, France, and Jacque Peppi of Jao Paulo,
Brazil; four sisters, Mrs Joussa of Rio de Janeiro, Brazil, Marie Hamaolui of Foster City, Calif., Ines Press of Atlantic City, N. J., and a fourth sister who lives in Israel; and five grandchildren, Services were Friday at
Birnbaum. Funeral Chapel With Rabbi David Scheinkopf officiating. Burial was in Beth El Cemetery.