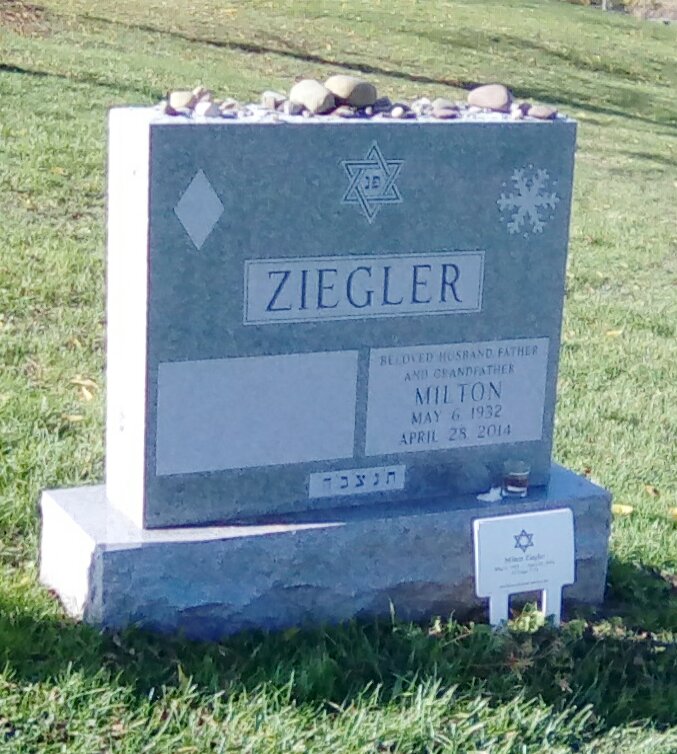 Milton Ziegler, 81, died Monday, April 28 in Boynton Beach, Florida. Milton was born in Brooklyn, New York, May 6, 1932. He was a resident of Syracuse from 1954 until 1984, when he retired to Florida. Milt founded Snowflake Pastry Shoppe, which he owned for 30 years before his retirement. Milt was a member and past Master of Mt. Sinai-Philo Lodge, a 32nd degree Mason and a Tigris Shriner. While a resident of Syracuse, Milton was a member of Temple Adath Yeshurun and Temple Beth El and it\\\'s Brotherhood. In Florida, Milt was active with the Delray Beach Police Department volunteer parking enforcement division.
He was predeceased by his parents, Isidor and Sadie Ziegler and his sister, Lorraine Glotzer. He is survived by his loving wife of 62 years, Shirlee Engel Ziegler; four children, Steven (Meryl), Jeffrey (Sheila), Debbie (Bob) Price, and Mark along with his five adoring grandchildren, Alyssa, Aaron, Erica, Matthew and Daniel; his brother, Stanley (Sandy); brother-in-law, Stan Glotzer; his niece and nephews.

Funeral services will be at noon on Sunday, May 4, 2014 at the Birnbaum Funeral Chapel, 1909 Fayette Street, Syracuse, New York. Friends may visit with the family on Sunday from 10:30 to noon at the funeral chapel. Burial will be in the Beth El Cemetery. Contributions in his memory may be made to Galisano Children\\\'s Hospital, Syracuse, NY.