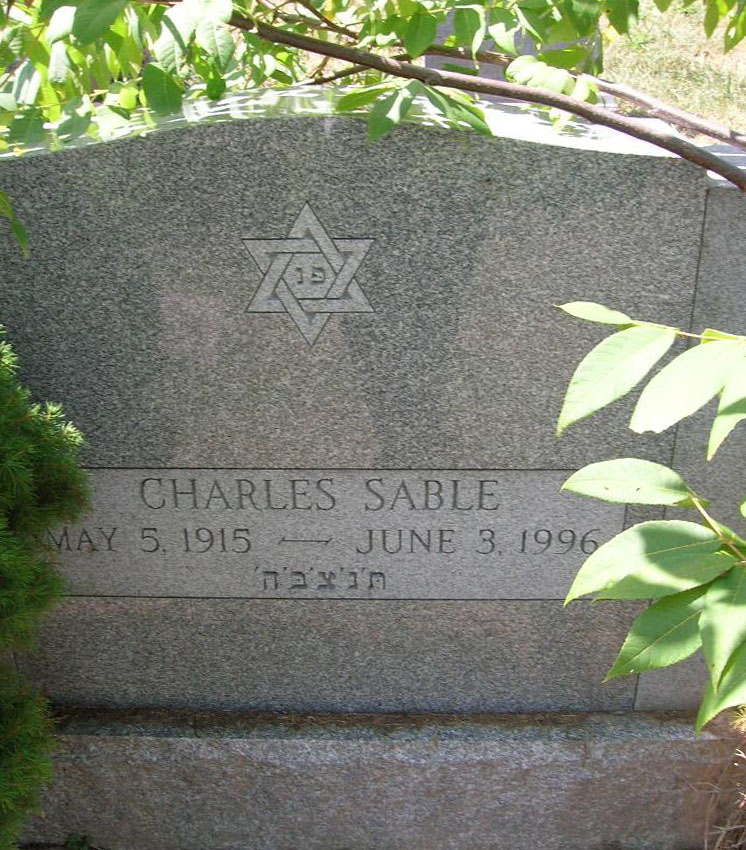 
Charles Sable, 81, of 107 Cherry Hill Rd., DeWitt, died at Crouse Irving Memorial Hospital. Mr Sable was a life resident of the Syracuse area. He retired in 1995 after more than 35 years as a partner in the Bee
Pharmacy in Seneca Knolls and previously was a partner from 1935 to 1959 of the A and B Pharmacy in Syracuse. Mr. Sable was a member of TempLe Beth El, He served as an Army medic during World War II
and received the Bronze Star. Surviving are two sons, Brian of New Jersey and Rob of Duluth, Ga.; a daughter, Patricia sable of Woronoco, Mass.; a grandson; and several nieces and nephews. Services were June 6 at Bimbaum Funeral Chapel, Rabbi Robert Rhodes officiating. Burial will be in Beth El Cemetery.