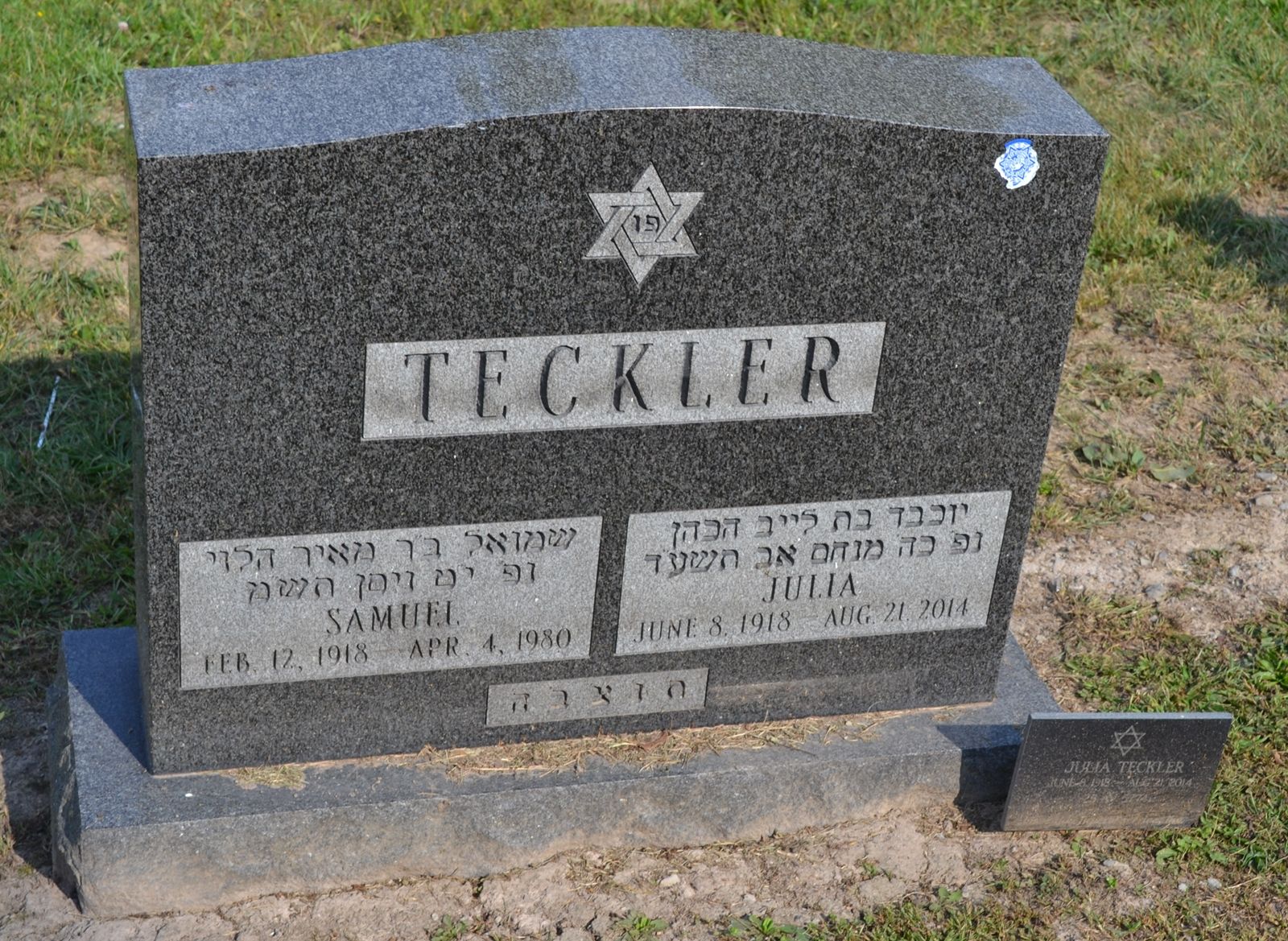 Julia L. Teckler, 96, a resident of Syracuse for most her life, died on Thursday, August 21, 2014, at Faxton St. Luke Hospital in New Hartford, NY. Mrs. Teckler graduated from Central High School in Syracuse and Syracuse City Normal School. For many years she was a nursery school and grade school teacher, and became the Director of the Syracuse Jewish Community Center Pre-School and Nursery School Program in 1963. She remained in her position until her retirement in 1982, during which time she built that program into the finest of its kind in Syracuse. She was much beloved by her students and their parents.

Mrs. Teckler was an avid reader and student of history and current events. She belonged to many organizations including the Jewish Federation of Syracuse, the Holocaust Museum Foundation and the Simon Weisenthal Center Foundation. She was predeceased by her husband of 37 years, Sam Teckler; parents, Louis and Esther Lazaroff; two brothers and her sister. She is survived by her son, Martin (Patrice) Teckler of Washington DC, and several nieces and a nephew. Private services and burial were conducted in Beth El Cemetery. Contributions may be made in Mrs. Tecklers name to the Jewish Federation of CNY, 5655 Thompson Rd., DeWitt, NY 13214.