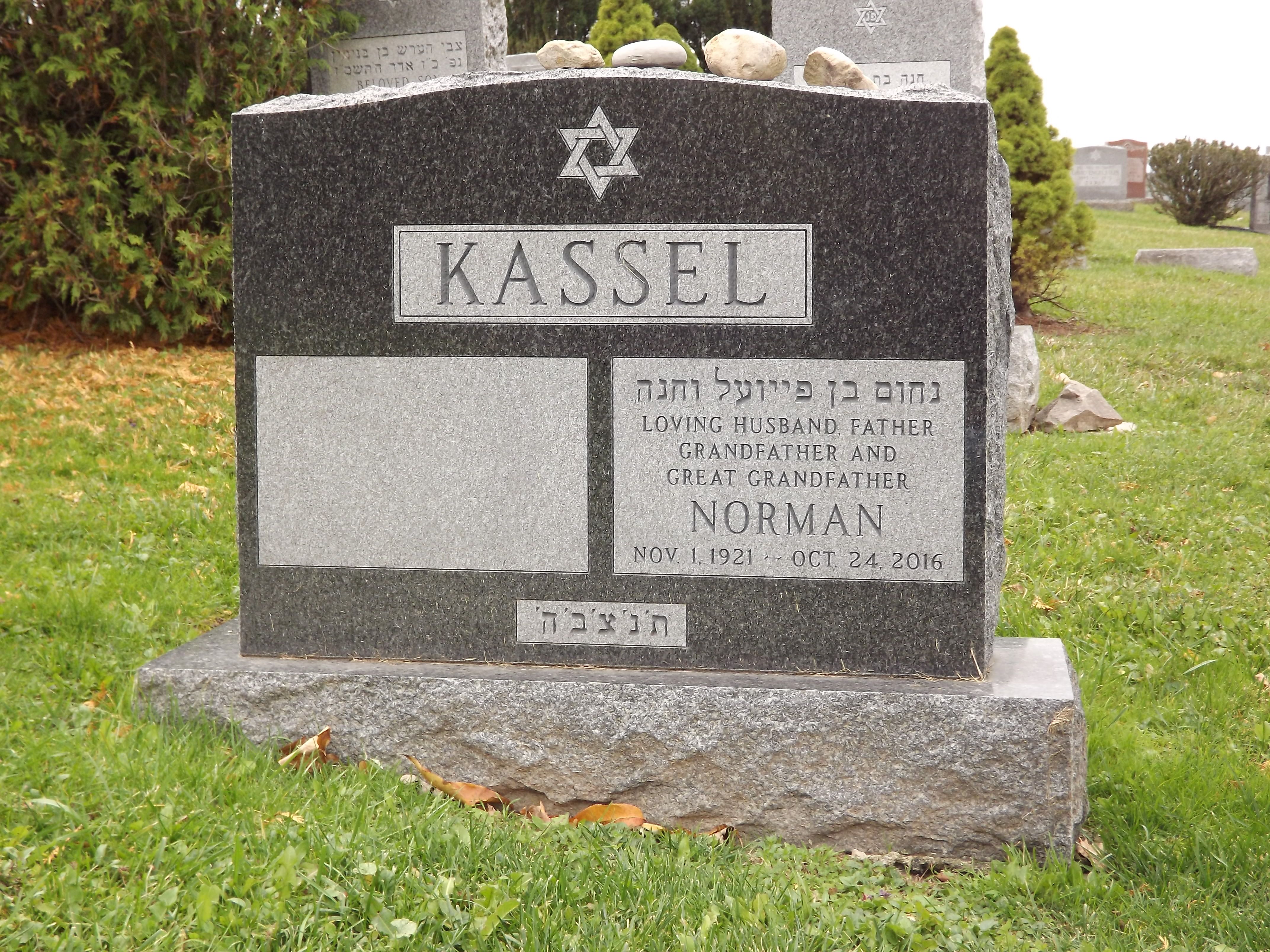 Norman J. Kassel passed away early Monday morning, October 24, 2016 in Syracuse, New York at the age of 94, with his loving family by his side. Norman was the son of Philip and Celia Kassel, born in Syracuse, New York on November 1, 1921. He would have celebrated his 95th birthday this week. Norman is survived by his wife, Zelda; sister, Selma; son, Richard; daughter, Jackie Gilels (Lionel); grandchildren, Dori, Emily, Lorenn, Zachary, and Eric; and great-grandchildren, Matilda, Clarence, Eila, and Milaan. He was preceded in death by his brothers, Irving and Hyman. Norman began working with Karch Beauty Supply in 1946 immediately following honorable discharge from the United States Army where he was a corporal. His son Richard later joined him, and together, they ran the company (later named Nationwide Beauty and Barber Supply) for 30 years. His hardworking spirit was reflected daily in his passion and commitment to vendors and customers alike and by working into his late eighties.
Normans life passions were his family with whom he was deeply engaged on every level; as a fan of Syracuse University sports and Final Fours- namely basketball, football and lacrosse; Montana fly fishing; golf; bicycle riding; travel and shopping local farmers markets. He was the greatest father and grandfather.
Normans funeral was held privately on October 26, 2016 in Beth El Cemetery. There will be no calling hours.
Contributions may be made to Menorah Park, Syracuse in his honor.
sisskindfuneralservice.com