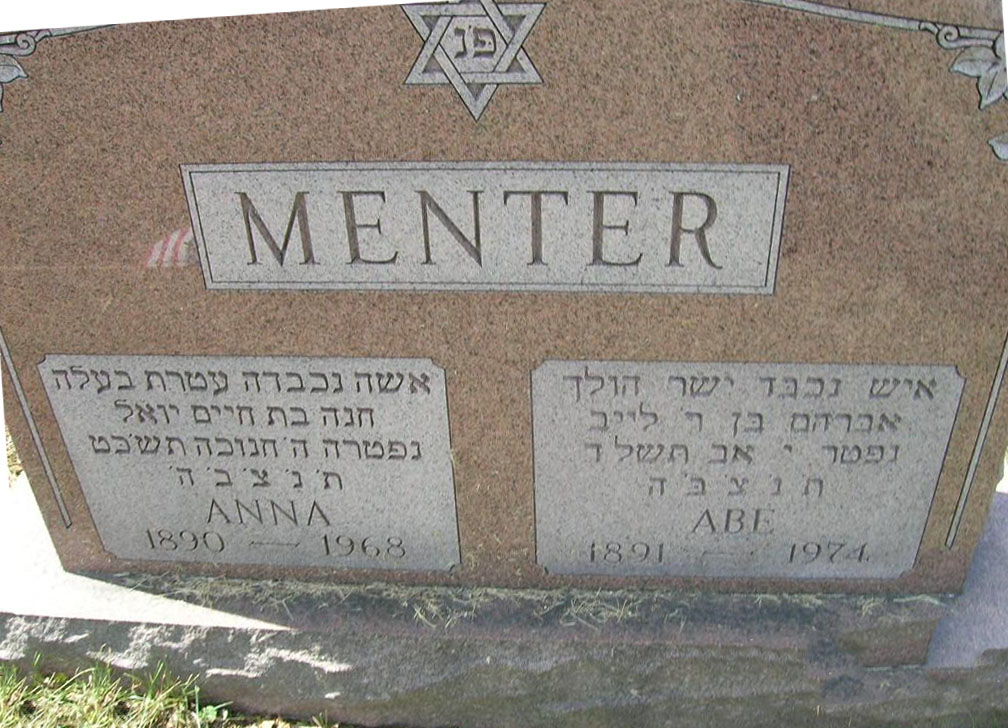 Services for Abe Menter, 83, of 718 Westmoreland Ave., who died Sunday at the Jewish Home of Central New York, will be at 2 p.m. today at Birnbaum Funeral Chapel, 1919 E. Fayette St., Rabbi Arthur Morganstern officiating. Burial will be in Beth El Cemetery. Calling hours will be 1 to 2 p.m. today at the funeral home. Contributions may be made to the Jewish Home of Central New York. Mr. Menter founded Menter Real Estate in 1925 and retired in 1970. He lived in Syracuse 65 years, where he was a member of Temple Beth El and Young Israel. He was a member of Philo Lodge 968, F and AM, and served as a member of the Greater Board of Syracuse Realtors. He is survived by a son, Sidney Y. of Syracuse; three daughters, Mrs. Lawrence Katzman and Mrs. Margaret Garfield, both of Syracuse, and Mrs. Ida Sargoy of New York City; three sisters, Mrs. Sarah Wallace and Mrs. Bertha Gottlieb, both of Syracuse, and Mrs. Anna Cohen of Miami Beach, Fla.; five grandchildren and seven great-grandchildren.