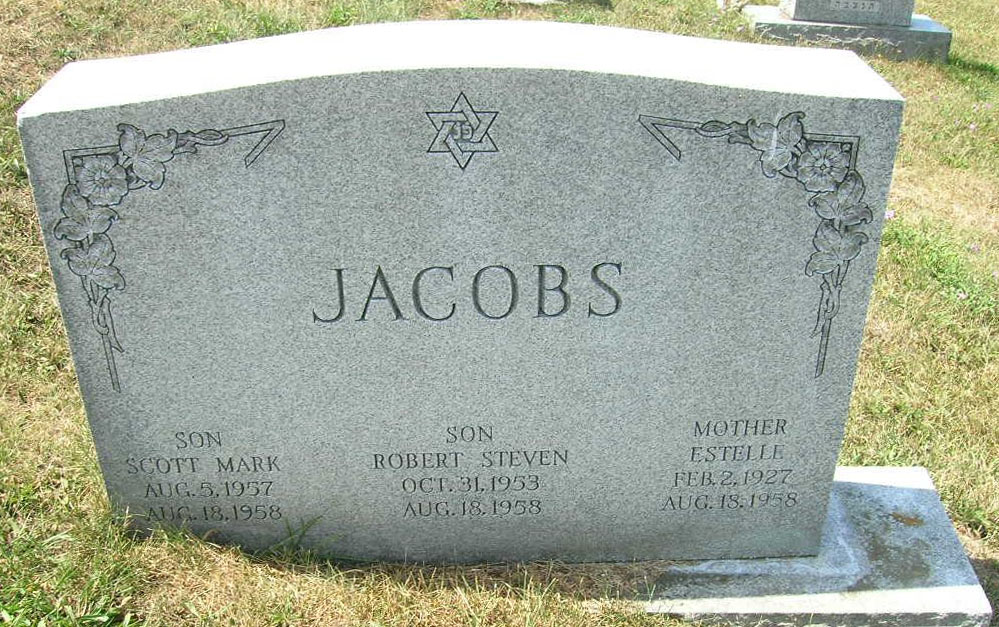 Boulders Hurled From Truck Kill Woman 2 sons19 Aug 1958, Syracuse, NY (AP) -
A woman and her two young sons were killed Monday by two-ton boulders from a dump truck that hurtled down a hill. The truck driver also died. The woman\'s husband and daughter were injured. Both were reported in fair condition at a hospital. One boulder smashed the automobile of Harry Jacobs, 31. She was thrown from the car when it was stuck by the truck, police said. It was not determined what went wrong with the truck. There were indications the driver had attempted to apply the brakes. The truck careened off the auto, then skidded on its side and jammed between a telephone pole and an iron utility pole. Albert Stone, 40, of Carthage, died in the smashed truck.
Burial Location
F493