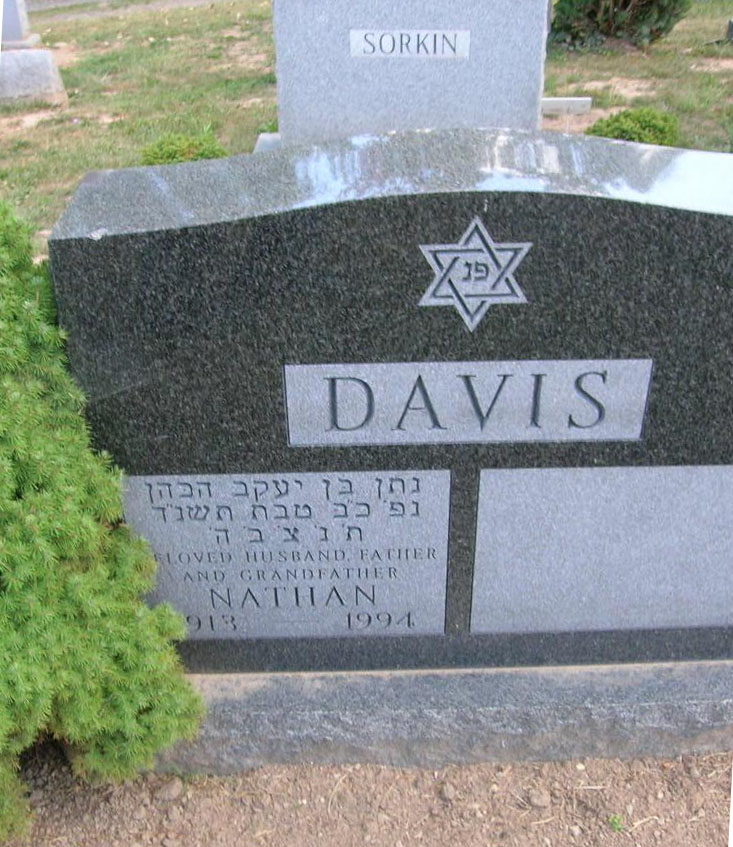 Dora Davis, 95, died Wednesday evening at Menorah Park. Dora was born on August 1, 1918 to Nuta and Etla Libman in Lodz, Poland. Dora was one of eight children. She and her beloved husband, Nathan of blessed memory, were married in the Lodz ghetto, and then separated in different concentration camps during the war. Incredibly, nine months after the liberation, they found each other. Both Dora and Nathan were the sole survivors of both of their large families. In 1949, they came to New York, and soon after settled in Syracuse where they raised their family and had a good life. Dora worked at the Saranat Restaurant for many years, and then at Drumlins Pharmacy. Dora was a lifetime member of Temple Beth El, the sisterhood of the Temple, and Pioneer Women.

Her loving family includes her children, Sarah and Mel Charney, and Jack and Regina Davis; her grandchildren, Lisa and Adam Waldman, Jennifer Charney, Jill and Jeffrey Braverman, Jayne and John Lewis, Scott Davis, and Stacey Davis; and her great-grandchildren, Jake, Ryan, and Koby Waldman, and Caden, Morgan, and Kylie Lewis.

Funeral services were at 11 a.m. Friday, June 6, at Sisskind Funeral Chapel. Burial was in Beth El Cemetery. Shiva will be observed at Sarah and Mels home on Sunday, June 8, from 1 to 4 p.m. Contributions in Doras memory may be made to Congregation Beth Sholom Chevra Shas, or the US Holocaust Memorial Museum www.ushmm.org