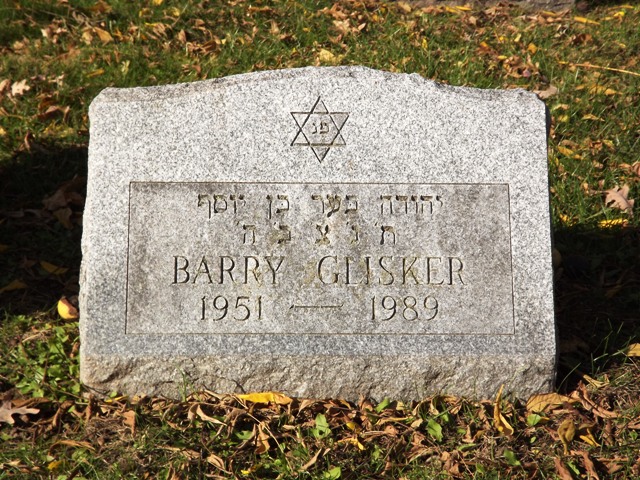 Barry Glisker, 38, Was a Teacher at Edward Smith

Services for Barry Glisker , 38, of 104 Shearin Ave., East Syracuse , who died Monday at the National Institute of Health in Bethesda, Md., will be at 2 p.m. Friday at Birnbaum Funeral Chapel. Burial will be in Beth El Cemetery. Calling hours will be 12:30 to 2 p.m. Friday at the funeral home, 1909 E. Fayette St. After the services, friends may call at their convenience at the family home.
Mr. Glisker was a native of Syracuse . He was a fifth grade teacher at Edward Smith Elementary School and also taught in the gifted children program at Otselic Valley Central School. Mr. Glisker taught junior high school in the Anton, Ky., school district before returning to the Syracuse area five years ago.
Mr. Glisker was a graduate of East Syracuse -Minoa High School and a 1974 graduate of Murray State University in Kentucky. He received a masters degree from Murray State in 1979 and also attended Syracuse University.
Mr. Glisker was a member of Temple Beth El where he served as vice president of education and as treasurer. He was a member of Delta Sigma Phi fraternity at Murray State.
Surviving are his wife, Carol; two daughters, Erin and Lori, at home; his father, Joseph Glisker of East Syracuse; two sisters, Rosalind Saxman of East Syracuse and Beverly Neuhaus of Bridgeport; two nephews; and a grandnephew
Burial Location
F400