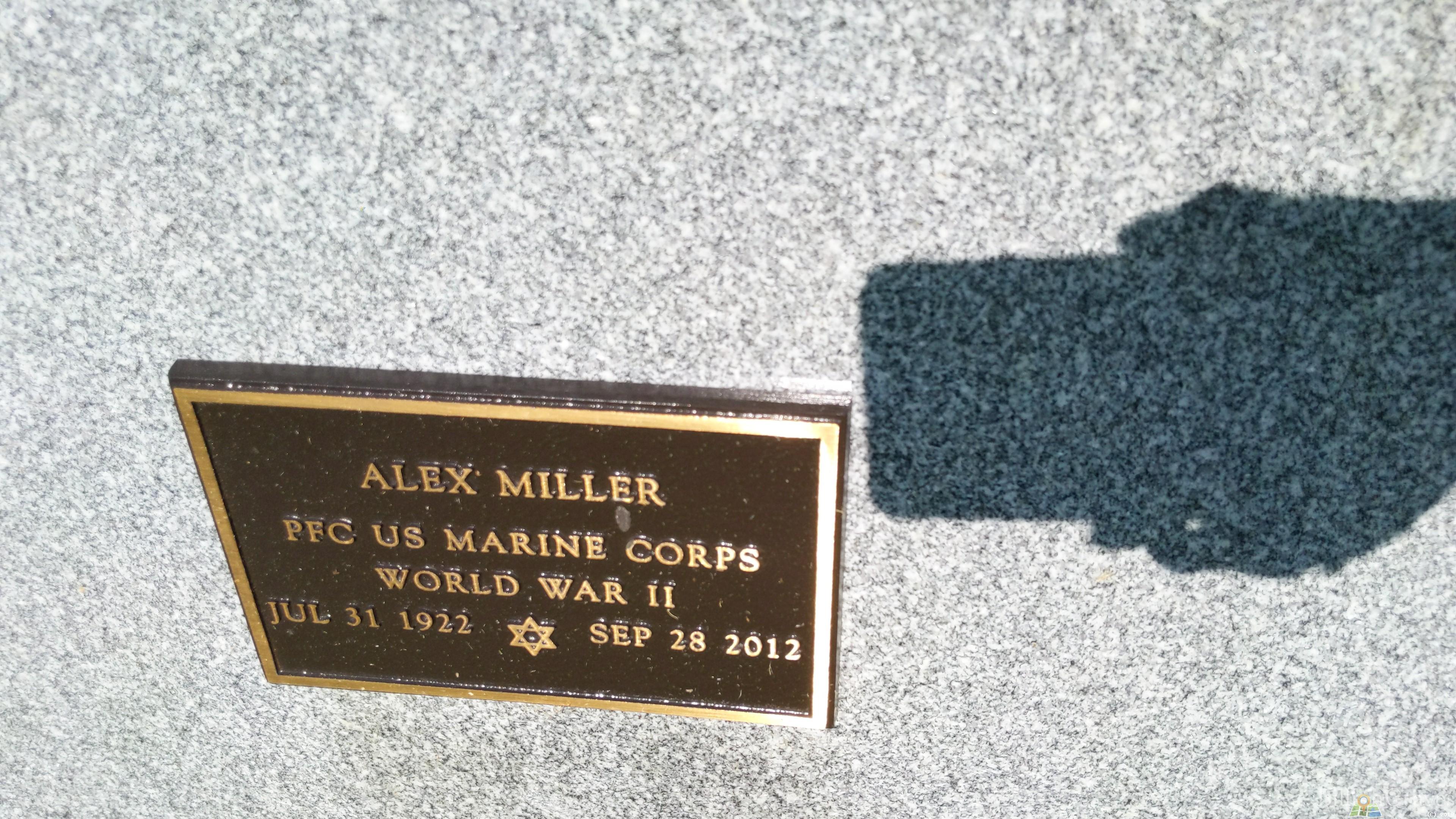 
Alexander Miller, 90, passed away on Friday, September 28, 2012, at his residence in Bothell, Washington. He was born and raised in Passiaic, NJ, but made his home in Syracuse with his loving wife Ethel, to whom he was married for 52 years, along with his daughter Diane and son Aaron. Alex was an accountant, as well as a past president of the National Accounting Association and a longtime congregant and active choir member of Temple Beth El. Alex also served in the Marine Corps during WWII and was an active member of the Jewish War Veterans. Alex was a family man first and foremost. His family was something he was very proud of. Nothing mattered more. Alex also cherished his friends. He always greeted you with a "good morning" and a "good evening" . . . he was a loving man. Mr. Miller was predeceased by his wife, Ethel Miller, in 1999. Alex is survived by his daughter, Diane Hague, and her husband, Bob; son Aaron and his wife, Merle; and his two grandchildren, Samantha, 19, and Sydney, 15.
Services will be conducted at 10 a.m. on Sunday, October 7, 2012, at the Birnbaum Funeral Chapel, 1909 E. Fayette Street. Friends may visit with the family on Sunday from 9 to 10 a.m., before the service, at the chapel. Burial will be in Beth El Cemetery. Contributions may be made to the Foundation at Menorah Park, 4101 E. Genesee Street, Syracuse, NY 13214.
Burial Location
A141