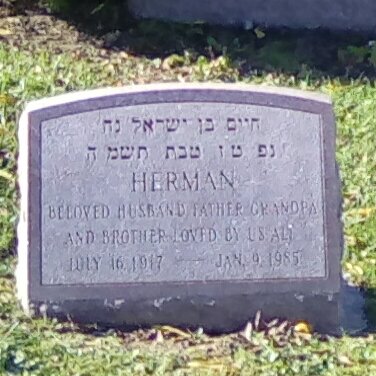 
Herman Dubnoff of 114 Will 0-Wind Dr., Jamesville, died Wednesday, January 9. Mr. Dubnoff was co-owner of Syracuse Old Fashion Beverages Inc. and had received many honors for his community work He was a member of Temple Beth El, was its president from 1969 to 1972 and chairman of the temples board of trustees from 1972 to 1974. Mr. Dubnoff was also active in Temple Adath Yeshurun. Mr. Dubnoff was president of the Syracuse Jewish Federation from 1966 to 1973, and president of the Jewish Community Center from 1963 to 1966. He was also director o£ the United Way from 1963 to 1966. Mr. Dubnoff was former chairman of the Israeli Bonds Drive and was chairman of the drives board of governors. He was chairman of the Syracuse Ycshiva University Committee from 1965 to 1976 and served as the regional chairman of the United Jewish Appeal from 1963 to 1970. He was a former director of the Jewish Home of Central New York. Mr. Dubnoff founded the Louis Marshall Lodge of the Bnai Brith. He was named Outstanding Citizen of the Year by the Jewish War Veterans in 1964, and received similar awards from the Boy Scouts of America and the Restaurant Assn. He was selected as Outstanding Orthodox Lay Leader of the United States in 1972 by the Union of Orthodox Congregations. He was also the recipient of the Esther and Joseph Roth leadership Award in 1981 by the Syracuse Jewish Federation Mr. Dubnoff was vice chairman of the Onondaga County Republican Committee from 1966 to 1972. He was a member and former president of the New York State Sort Drink Assn. He was also active in the Ihilo-Mt Sinai Lodge, Fund AM, the Scottish Rite, the-Tigris Shrine Temple and the Arthritis Foundation. He funded two scholarships for St. Josephs Hospital School of Nursing. A veteran of World War Two. Mr, Dubnoff was a member and former commander of Onondaga Post 131, Jewish War Veterans. He was also on the executive committee and as director of the Syracuse Chapter of Disabled American Veterans. Surviving are his wife, Shirley and daughter Barbara Jayanker of Syracuse; a son, Ira Dubnoff of DeWitt; four sisters, Harriet Koldin of Fayetteville, Mrs. Harry Ballis of Manlius, Florence Dubnoff and Bernice Dubnoff, both of DeWitt; and three grandchildren. Services were Sunday in Temple Beth El, with Rabbi David I. Sheinkopf, Rabbi Irwin I. Hyman and Cantor Harold Lerner officiating. Burial was in Beth El Cemetery.