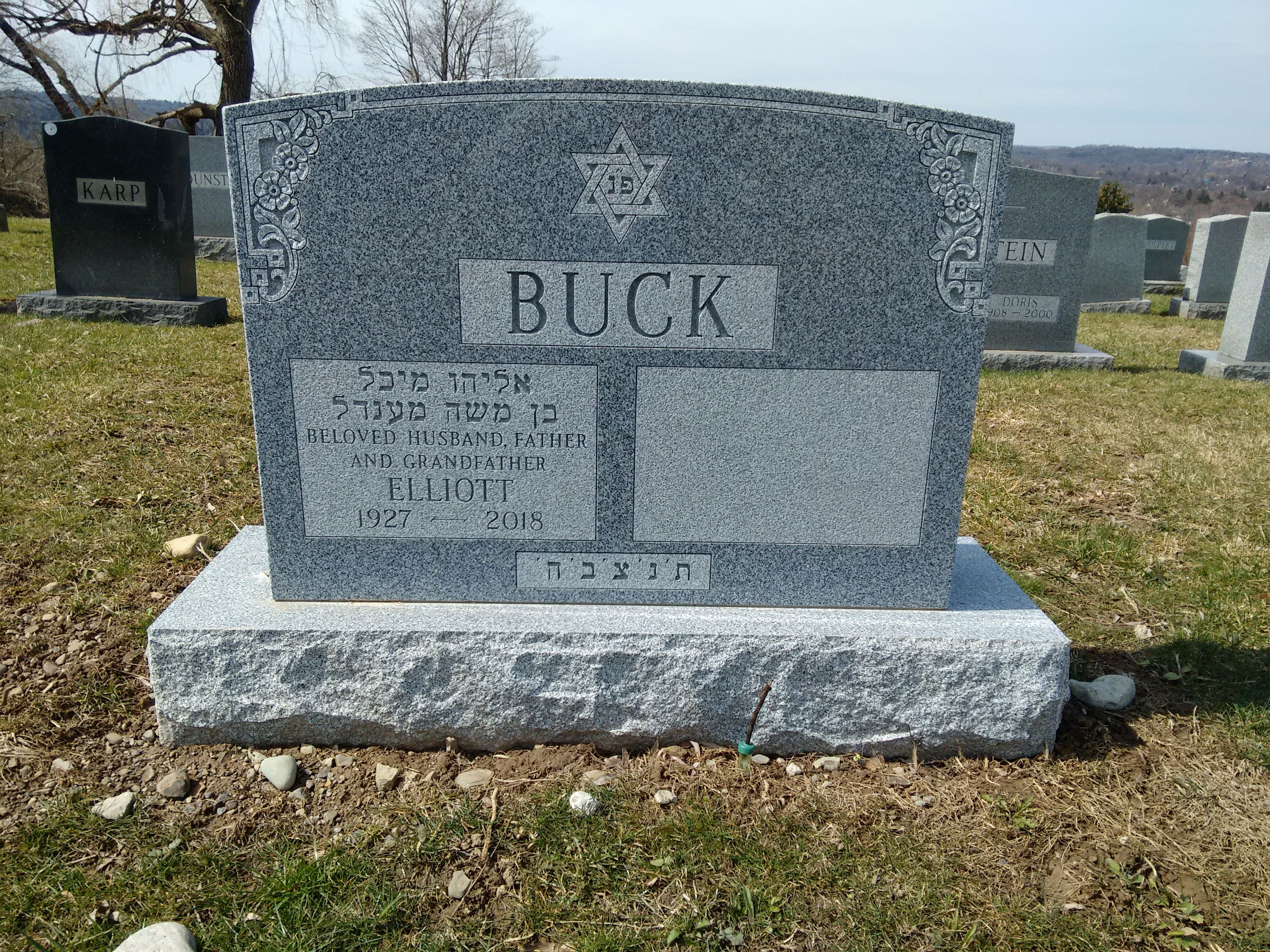 
Elliott Mitchell Buck, 90, of DeWitt, passed peacefully surrounded by his family on June 4, 2018 at Crouse Hospital. Elliott was a native of Syracuse. He attended Nottingham High School. Following high school he enlisted in the Coast Guard. He was later drafted into the Army and served two years during the Korean War. After his return from the military he attended Le Moyne College and married Barbara Keilin in 1957. They moved to Buffalo where he attended the University of Buffalo to receive a Masters in Deaf Education. From Buffalo, they moved to Rochester where he taught deaf education for two years. Ultimately, they returned to Syracuse where he went on to teach school, work in the County Probation Department and for over 20 years was a Rehabilitation Counselor for the New York State Workman\\\'s Compensation Board. Elliott was a member of AZA in his youth and a member of Temple Adath Yeshurun. He is survived by his wife, Barbara of 60 years, three children, Rick (Monica), Michelle (Andy) Shaer, and Alan. Six grandchildren, Melissa, Samantha, Mike, Jamie, Rachel, and Shoshana. Sisters, Phyllis (Fred) Pearlmutter, Helen (William) Merzel, and brother, Jack (Brenda) along with their children, his beloved nieces, and nephews. Services will be conducted at 11:00 a.m. on Wednesday, June 6, 2018 at the Birnbaum Funeral Chapel, 1909 E. Fayette Street. Friends may visit with the family from 10:00 to 11:00 a.m. on Wednesday immediately prior to the service at the chapel. Burial will be in Beth El Cemetery. Shiva will be observed at the family residence Wednesday-Thursday 7:00- 9:00 PM. Contributions can be made to the Leukemia
Burial Location
F16