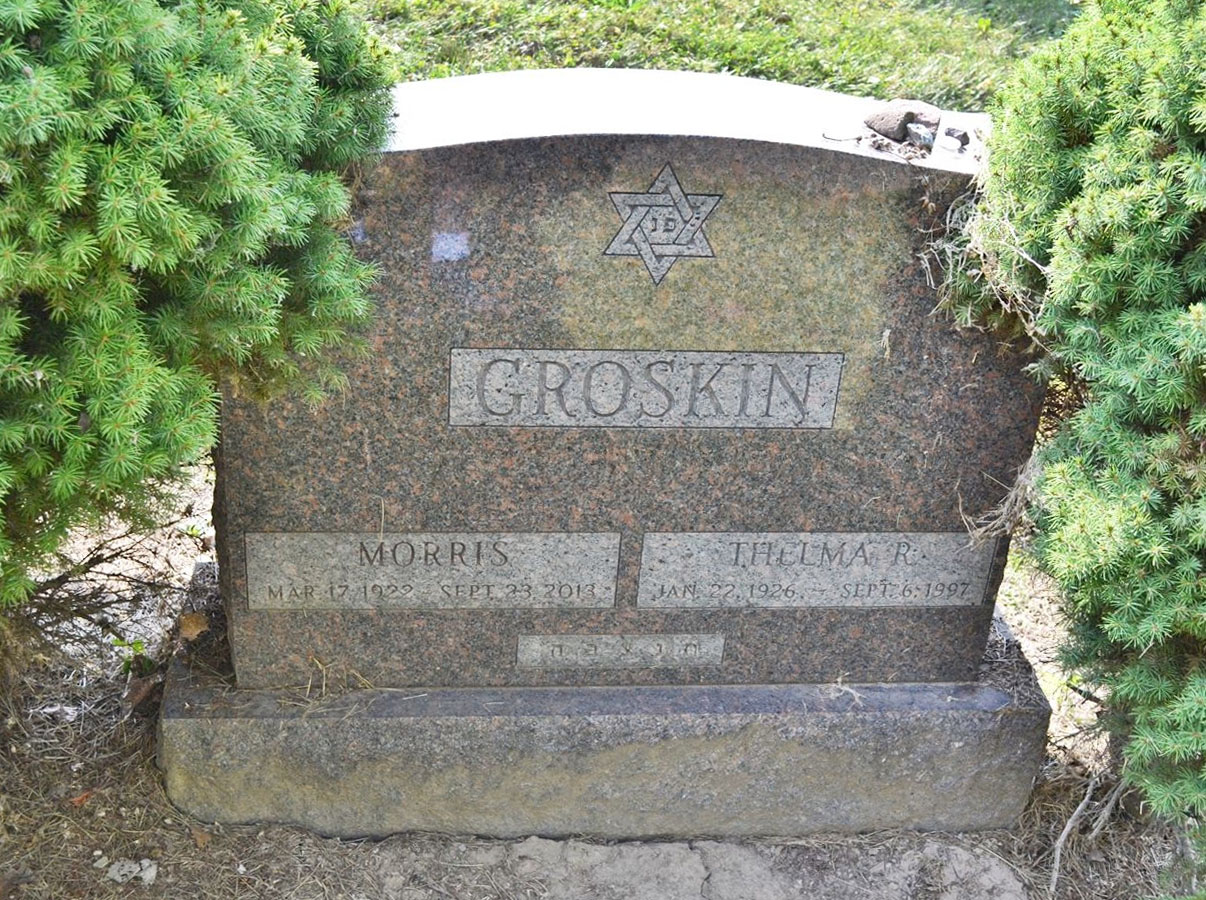 Morris Groskin, 91, of Syracuse, died Monday, September 23, 2013 at Crouse Hospital. Morris was an Army corporal serving with the 8th Weather Squadron in the Azores during WWII. He attended N.C. State University, was a former member of Temple Beth El, active in the mens club and a member of Jewish War Veterans Post 131. Mr. Groskin was an optician and manager of Sterling Optical until his retirement in 1988.
He was predeceased by his wife, Thelma Groskin in 1997. Mr. Groskin is survived by his son, Dr. Stuart (Margo) Groskin; daughter, Phyllis (Stephen Perkins) Groskin; grandchildren, Jonathan Groskin, Bryan Groskin, Sarah Pierce, and Max Perkins; and great-grandson, Dylan Pierce.

Services will be conducted at 1 p.m. on Wednesday, September 25, 2013, at the Birnbaum Funeral Chapel, 1909 E. Fayette Street. Friends may visit with the family from noon to 1 p.m. prior to the service at the chapel on Wednesday. Burial will be in Beth El Cemetery. Contributions can be made to the American Cancer Society, Crouse Hospital or the Patient\\\'s Fund at Menorah Park.