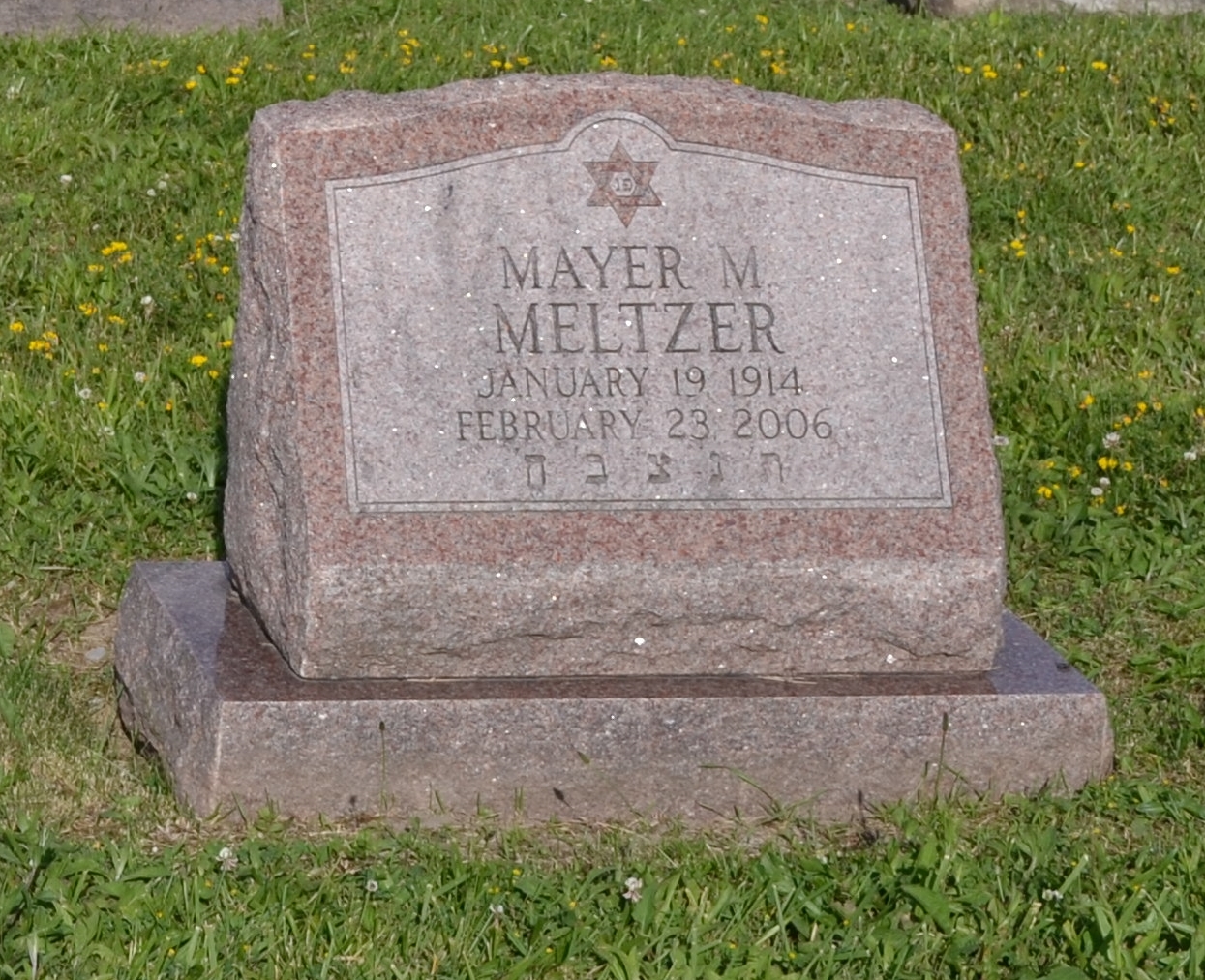 
Mayer Matthias Meltzer passed away on February 23 at the age of 92. He will be greatly missed by his family and friends. Mike was born in Camillus on January 19, 1914, to Hyman and Sarah Meltzer. The Meltzer family moved to Syracuse when Mike was very young. Mike graduated from Central High School in 1932. Mikes military service during World War II was remarkable for both its duration and scope. As one of the first draftees called upon to serve prior to formal declaration of war, Mike served in the South Pacific through 1945. His tour of duty included Guadalcanal, Sipan, and the Philippines, and is reflected in numerous medals and commendations. Mike enjoyed a wide-ranging, professional career that included a 25-year stint as a distributor for The Post-Standard newspaper. Mikes retirement years were enriched by his enthusiastic pursuit of outdoor activities, such as tennis, bicycling and golf. An avid and prolific reader, Mike spent many a day in the public library in search of a book that he had not yet read. Mike will be remembered as a faithful friend who would never say no to a request for a favor. Mike is survived by his wife, Selma, of 52 years; and three sons, Arthur, David and Norman. He was predeceased by his brothers, Jake and Ben. Funeral services will be at 11 a.m. Sunday at Sisskind Funeral Chapel. Friends may call from 10 to 11 a.m. Sunday at the funeral chapel, 3175 E. Genesee Street. Burial will be in Beth El Cemetery. Contributions may be made to The Syracuse Jewish War Veterans. Sisskind Funeral Service LLC 3175 E. Genesee St. 4464848
Published Syracuse Post Standard on Feb. 25, 2006
Burial Location
A124