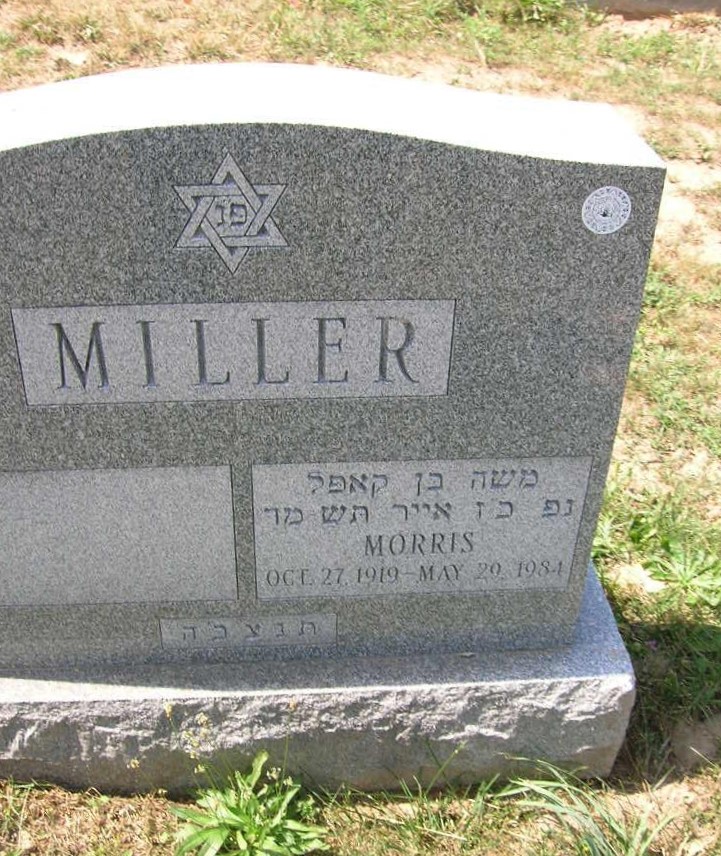 Esther Agronin Miller, 92, of Fayetteville, died Tuesday, September 7, 2010, at Menorah Park after a brief illness. Esther was born in Syracuse and was a graduate of Central High School and Syracuse University. She taught kindergarten for more than 30 years in the Syracuse City School District, where she was admired by students, parents and colleagues alike. Esther was a congregant at Temple Adath Yeshurun and had been president of its Senior Group for many years. Esther was predeceased by her husband, Morris, in 1984. Survived by her three sons, David (Ruth Ann), Melvin (Barbara Sue) and Sanford (Mary), and six adoring grandchildren, Kenneth, Jason, Daniel, Meghan, Kevin and Sarah. Services will be conducted 12:30 p.m. Sunday, September 12, 2010, at Birnbaum Funeral Chapel, 1909 E. Fayette Street. Friends may visit with the family on Sunday from 11:30 a.m. to 12:30 p.m. at the chapel. Burial will be in Beth El Cemetery. Contributions in lieu of flowers may be made to the Temple Adath Yeshurun Building Fund. Birnbaum Funeral Service Inc.