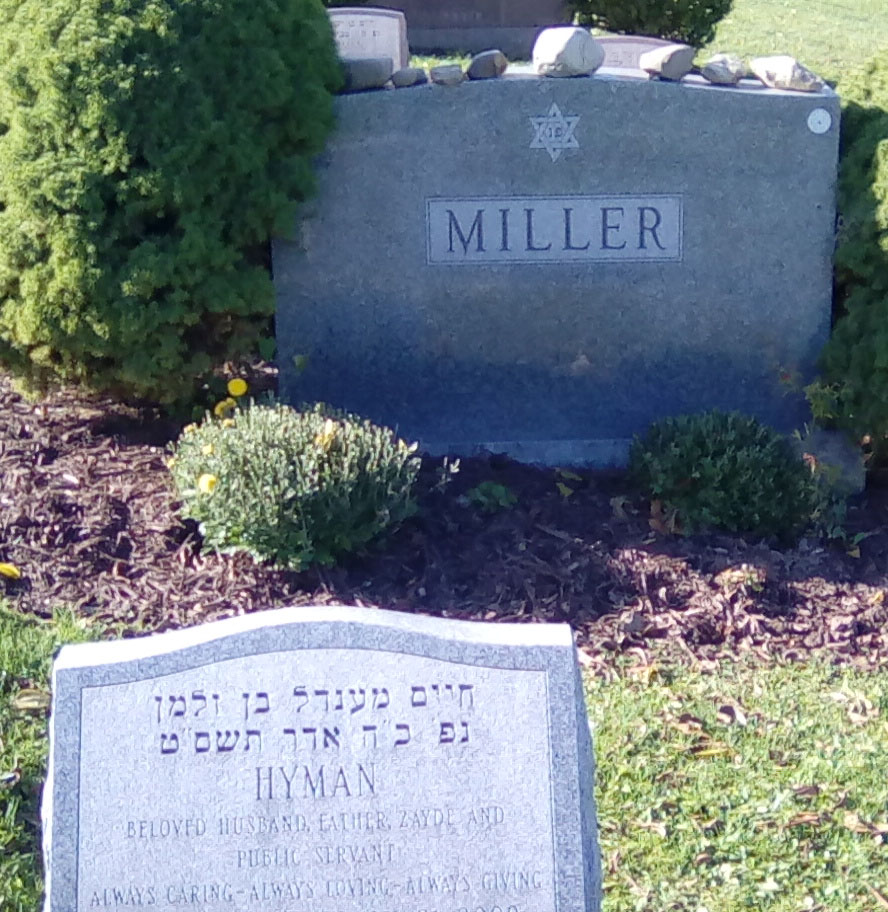 Hyman M. Miller, 86, a lifelong resident of Syracuse, died Saturday, March 21, 2009, at Crouse Hospital. After 18 years, Hy Miller retired from the New York State Legislature, where he represented initially the 119th and subsequently the 121st Assembly District. His representation at times included residents and businesses of the city of Syracuse and counties of Madison and Onondaga. First elected in 1970, Assemblyman Miller had been re-elected by substantial majorities in each of his ensuing eight elections. During his tenure, he represented the Republican members of the Assembly on many of the legislature\\'s most important committees. These included, but are not limited to, assignments in the areas of finance, energy, education and business. In 1987 Assemblyman Miller was appointed to one of the top leadership positions in the Assembly minority, where he remained for the balance of his legislative career. A native of Syracuse, Hy Miller attended Nottingham High School and received his post-secondary education at Western Maryland College and Syracuse University. He was a veteran of World War II and was a member and past state commander of the Jewish War Veterans, USA. Hy Miller was active in many community organizations and was a director on the boards of the Syracuse Chiefs Baseball Club, the Greater Syracuse Sports Hall of Fame, Community General Hospital Foundation and Fays Drug Company, Inc. He was a member and past president of Temple Beth El, a former trustee of Cazenovia College, and past president of the Jewish Community Center. Hy received many awards that included Yeshiva University Meritorious Service Award, Commission on Independent Colleges and Universities Outstanding Service Award, Bishop Leroy Anderson Award and Esther and Joseph Roth Outstanding Jewish Community Leadership Award, to name a few. He was nominated by then Governor Mario Cuomo and confirmed by the New York State Senate as a member of the Central New York Regional Transportation Authority. Governor Cuomo nominated Mr. Miller and the Senate confirmed his appointment as a trustee of the Power Authority of the state of New York. In the private sector, the former assemblyman was Chief Executive Officer of the Miller Agency, an independent general insurance business which he founded. Mr. Miller was predeceased by his wife, Anne H. Miller, in 2003. Mr. Miller is survived by his sons, Robert (Lynn) Miller and Philip (Barbara) Miller; daughters, Linda Miller Shapess, Janis (John) Martin and Sharon Miller; grandchildren, Jared, Kyle, Sasha and Jonelle Miller, Gabrielle (Keith) Linzer, Bryan and Seth Shapess, and Lucas and Jayde Martin. Services will be conducted at 2 p.m. Monday, March 23, 2009, at Temple Society of Concord, 910 Madison St., Syracuse. Friends may visit with the family prior to the service, from noon to 2 p.m. Monday at the temple. Burial will be in Beth El Cemetery. Shiva will be observed at Hy Miller\\'s residence from 7 to 9 Monday through Thursday evening. Contributions may be made to the Temple Society of Concord.