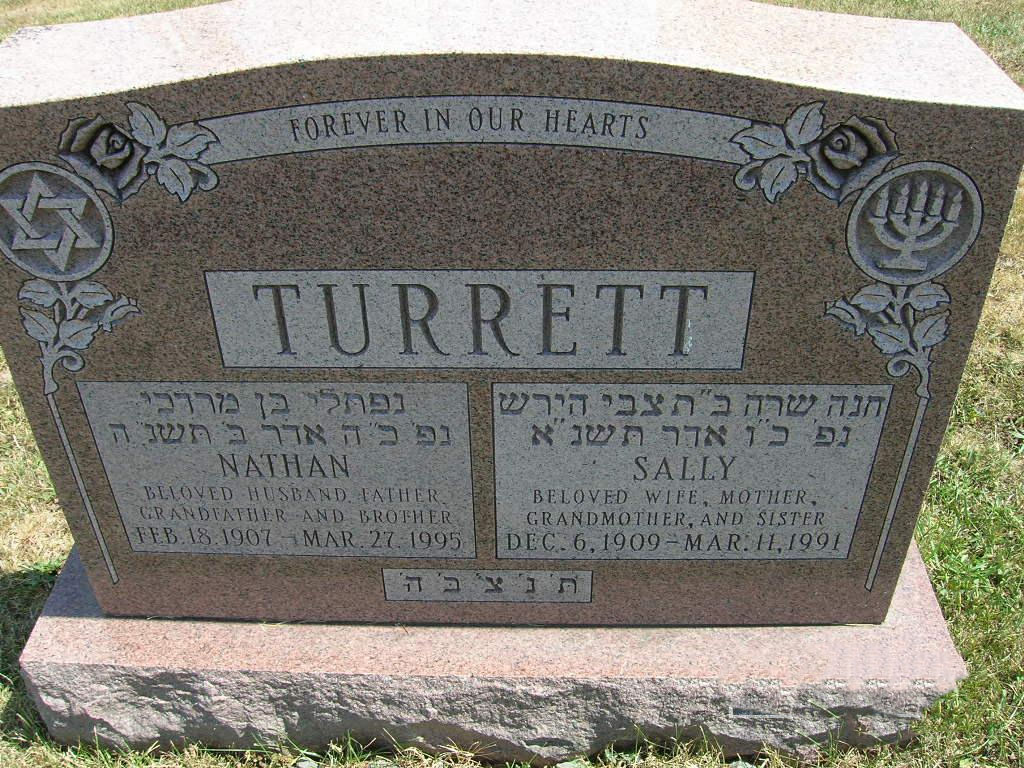 Services for former Auburn resident H. Sally Turrett, 81, who died Monday in Hallandale, Fla., will be at 2 p.m. Thursday at Birnbaum Funeral Chapel, Syracuse. Burial will be in Beth El Cemetery, Syracuse. Calling hours will be 1 to 2 p.m. Thursday at funeral home, 1909 E. Fayette St. After the services, friends may call at the home of her brother at 3 S. Marvin Ave., Auburn. A native of Boston, Mass., Mrs. Turrett was raised in Auburn. She was a secretary with the federal government in Washington, D.C., from 1930 to 1940 and later was a cosmetic representative with Litt Department Stores in Philadelphia, Pa., before retiring in 1960. Mrs. Turrett was a member of Beth Tefillah Congregation in Hallandale, its sisterhood and Hadassah. Surviving are her husband, Nathan; a daughter, Maxine Leibowitz of Rosemont, Pa.; two brothers, Henry and A. Leon Goldman, both of Auburn; and two grandchildren.
Burial Location
T7