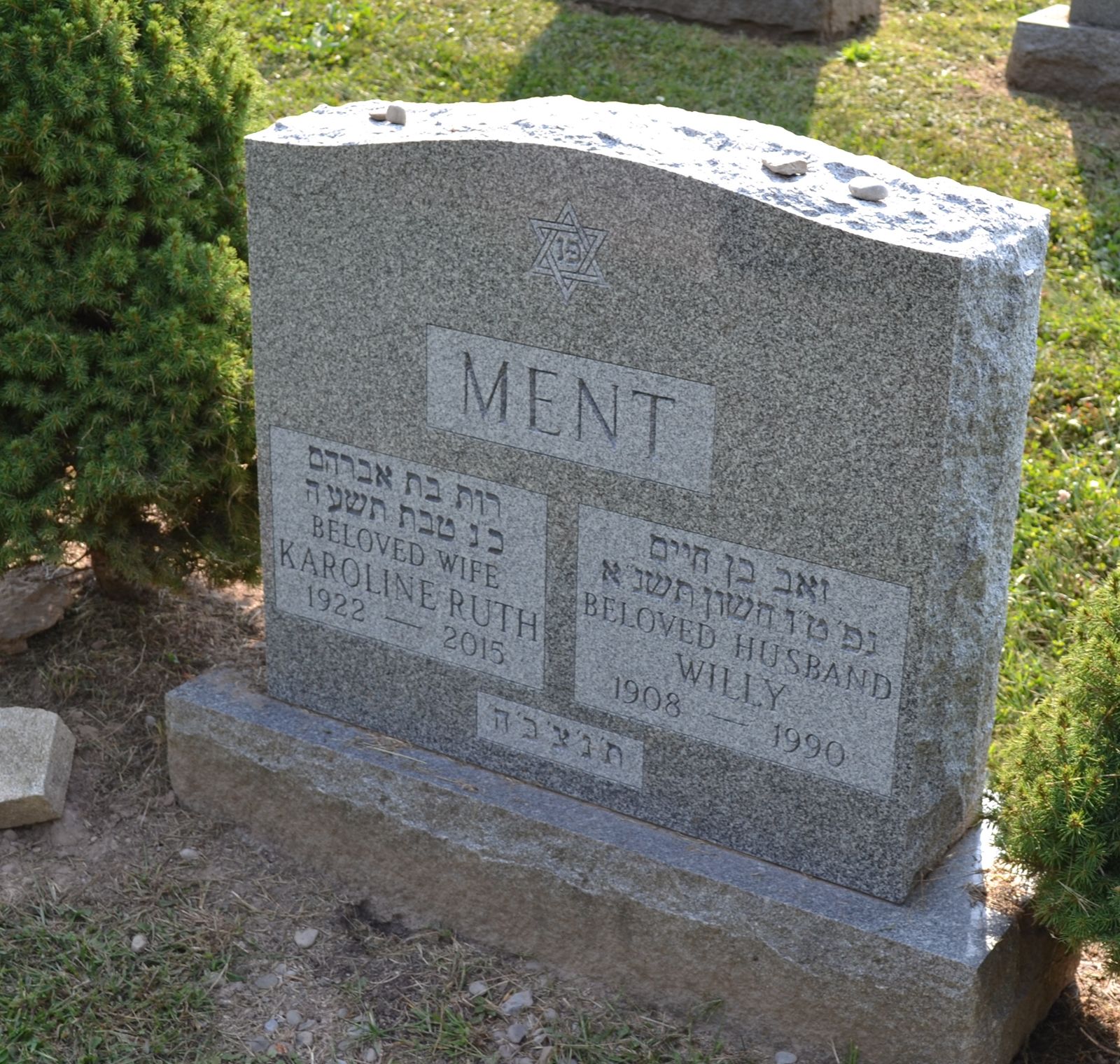 Karoline Ment, 92, died Tuesday evening at Menorah Park. Born in Germany, Karoline met her husband, Willi in 1945 after he was liberated from the concentration camp, and living near Munich. Karoline was the nurse in charge of the Red Cross office and cared for him. They were married a year later. In 1951, amid tensions from the Russian blockade of Germany, Karoline and Willi fled Germany for a better life in America. They settled in Syracuse and began a new life. They worked hard, learned a new language~ English, and were rewarded for their efforts. They bought a home, raised a son, and became a part of the American dream as they also became American citizens.
Karoline earned her nursing license in 1954 and became a part of the nursing staff at what was then known as The Jewish Home, now Menorah Park. Karoline dedicated her life to caring for others whether it was as a tender, skilled nurse, or as a member of any of the several choral groups that she belonged to over the years, entertaining with her beautiful voice and smile.

Karoline was a member of Temple Beth El, The Choraleers, the German club of Syracuse, and many craft groups. She will be remembered for her kind, gentle, angelic personality.

She is survived by a son, Bernie; and many special dear friends.

Funeral services will be at 2 p.m. Thursday, January 15, at Sisskind Funeral Chapel. Burial will be in Beth El Cemetery.