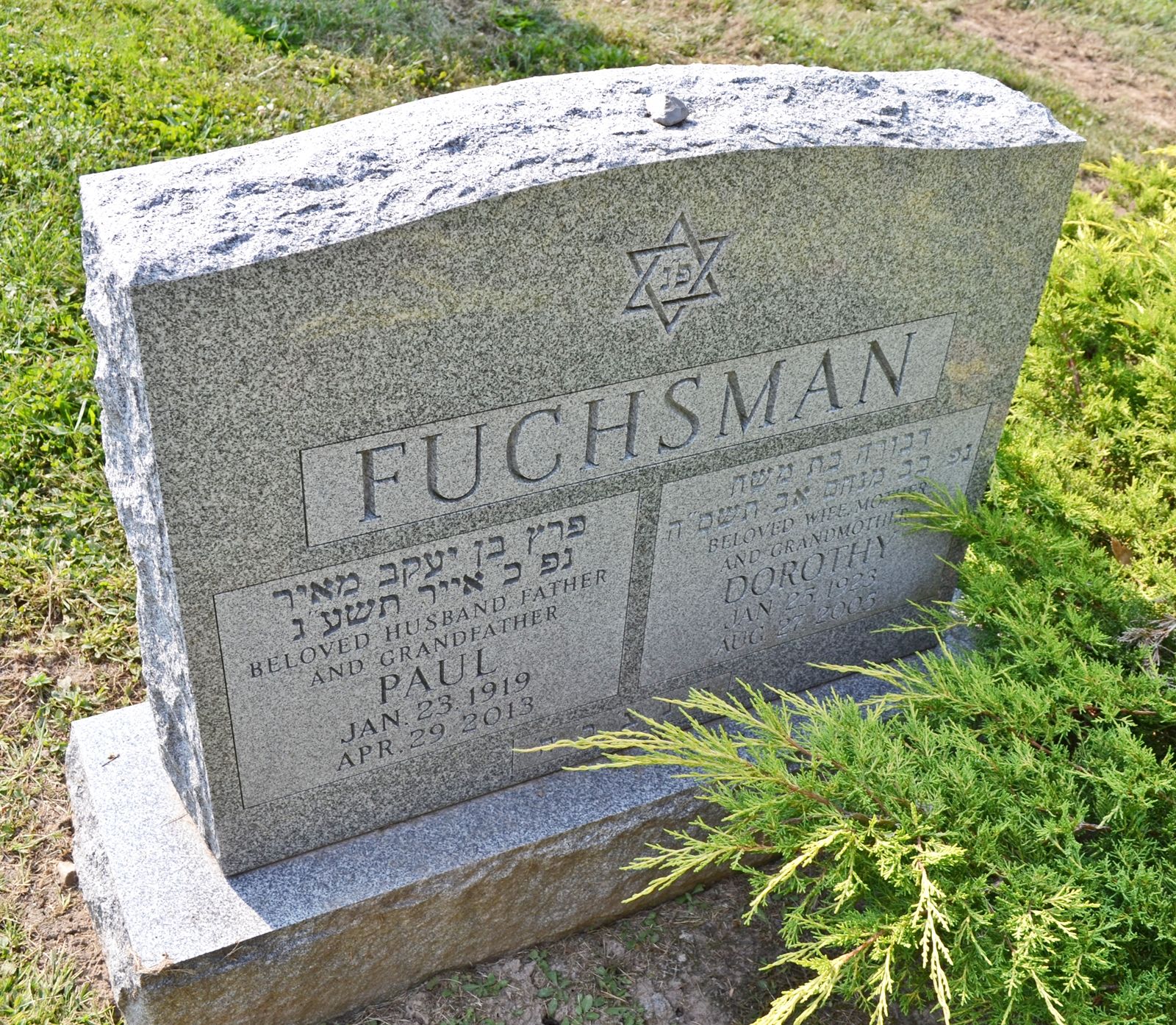 Paul Fuchsman, 94, of Chillicothe, Ohio died at home April 29, 2013 following an extended illness. He was born on January 23, 1919 in New York City, NY to the late Jacob and Fannie Fuchsman. In 1942, he ran the Boston Marathon, finishing 23. Paul was a proud World War II Army veteran who served in the South Pacific and survived the sinking of the USS Coolidge. He was awarded two Purple Hearts, the Bronze Star and Combat Infantry Badge. On April 17, 1948, Paul married the love of his life, Dorothy Pelefsky who preceded him in death on August 27, 2005. He graduated from Syracuse University in 1952 and remained a lifelong Orange fan, thrilled to see his team make it to the 2013 Final Four. Paul was employed for many years by the IRS. After retirement, he enjoyed traveling with his wife, visiting 49 of 50 states and most of the Canadian provinces.

Services will be conducted 2 p.m. on Friday, May 3, 2013 at the Birnbaum Funeral Chapel, 1909 E. Fayette Street. Friends may visit with the family from 1 to 2 p.m. on Friday at the chapel. Burial will be in Beth El Cemetery. Contributions in lieu of flowers may be made to Temple Adath Yeshurun, 450 Kimber Rd., Syracuse, NY 13224.