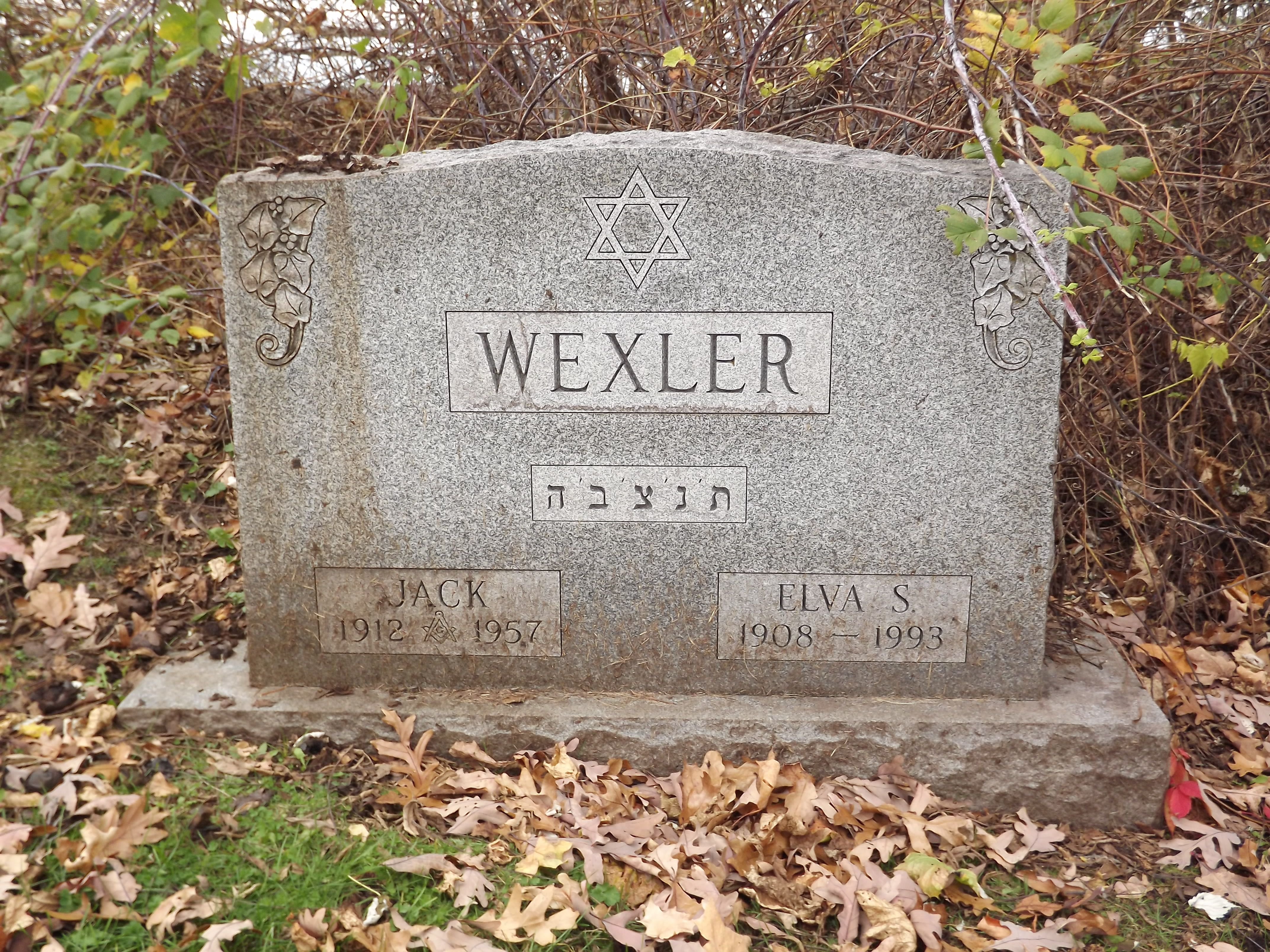 Elva S. Wexler, 85, of 19 Palamara Ave., Canastota, died Saturday at Crouse Irving Memorial Hospital. She was born in Syracuse and was a resident of Canastota since 1945.

Mrs. Wexler was a graduate of Central City Business Institute. She and her husband Jack, who died in 1957, were proprietors of Parks Drug Store in Canastota. She retired in 1962.

She is survived by a son, Michael of Rochester; two daughters, Lois Markus of Rochester and Donna Larca of Canastota; a sister, Rosalind Katz of Springfield, Mass.; five grandchildren; a great-granddaughter; and several nieces and nephews.

Contributions may be made to ones favorite charity.
Burial Location
W1939B