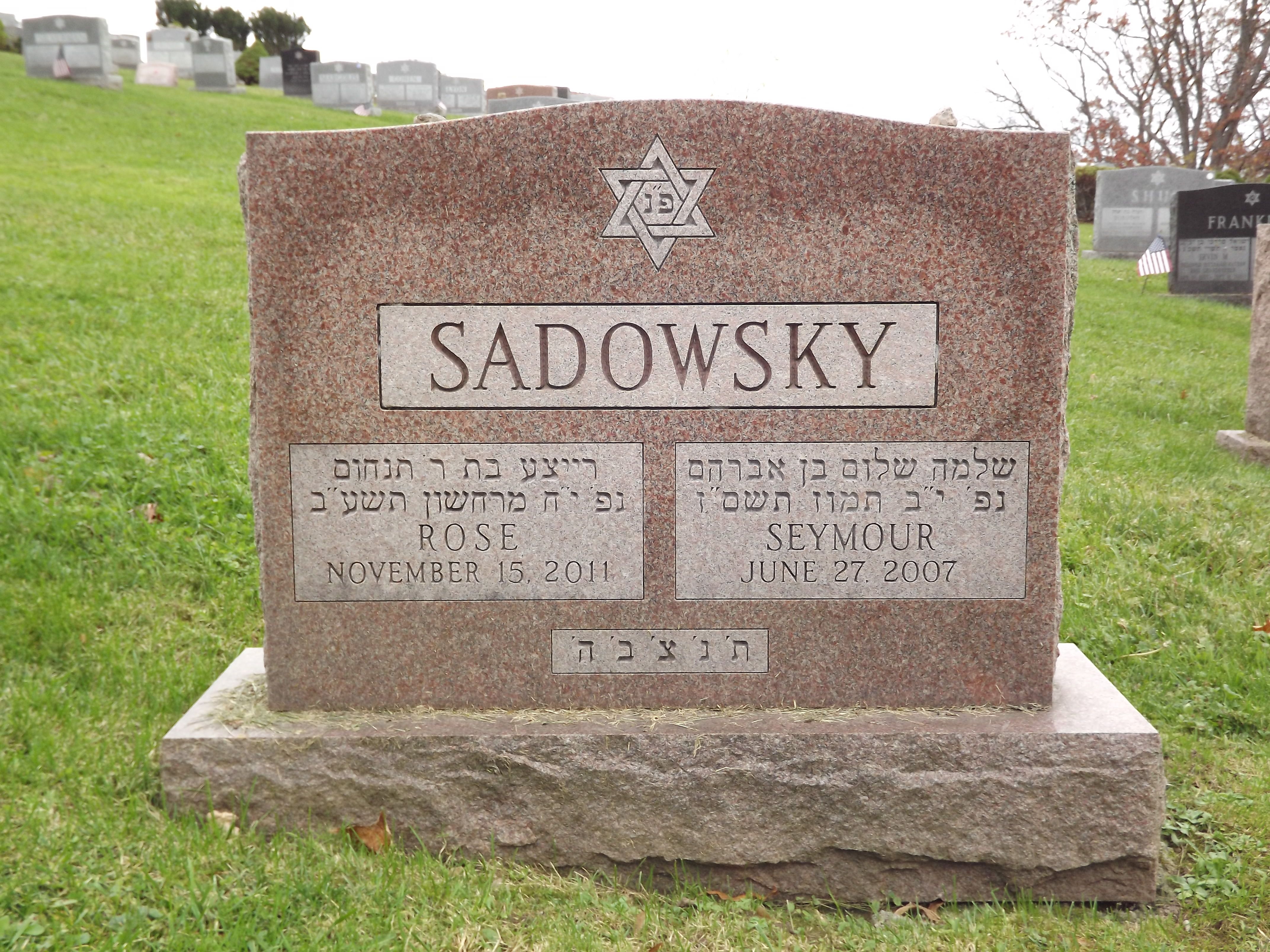 
Seymour S. "Sy" Sadowsky, 85, died Wednesday, June 27, 2007 in Birmingham, Alabama. Born in the Bronx, Mr. Sadowsky graduated high school at the age of 15 and went on to earn degrees in electrical engineering from City College of NY, Columbia University and Kansas State University. Enlisting in the Army during WW II Mr. Sadowsky was involved in the Manhattan Project, which developed the atomic bomb. Following his discharge, Mr. Sadowsky moved to Syracuse to work for General Electric in their television tube division at Electronics Pkwy. Mr. Sadowsky was a member of the Elfin Society at GE, and his witty poems and anecdotes were staples at the farewell dinners. Mr. Sadowsky retired from GE after 38 years and went on to serve as a consultant with the Lotus C., a Chinese based company building a television tube factory in Mainland China, as well as with the World Bank. During the course of his consultant work with Lotus, Mr. Sadowsky, along with his wife, had the occasion to travel to both China and Japan. Mr. Sadowsky was an active member of Temple Beth El for close to 60 years and served the synagogue in many capacities, including gabbi and Religious Vice-president. He was also a member of the CNY Jewish War Veterans and Bnai Brith. Seymour will be remembered for his generosity of spirit, his love of Judaism and his wit - believing a bad pun should never be unspoken. He was also an avid New York Yankees and Syracuse Chiefs fan, and enjoyed doing crossword and acrostic puzzles in his spare time. Survived by his loving wife, Rose Sadowsky and cherished father of daughters, Roberta (Richard) Levin and Arlene (Silvio) Litovsky; and son, Donald (Judith Todes) Sadowsky. Loving grandfather of Celia and Abby Litovsky and Michael and Joel Sadowsky. In addition to the immediate family are sisters and brothers-in-law, Bernard and Rita Gastel, Ann Weinstein, Sidney and Linda Weinstein and many nieces and nephews. Services will be conducted at 10 a.m. on Sunday, July 1, 2007, at Temple Beth El. Friends may call on the family at the Temple, on Sunday, from 9 to 10 a.m. Burial will be in Beth El Cemetery. Shiva will be held on Sunday only at the Genesee Grande Hotel from 12 noon to 4 p.m. Contributions in Mr. Sadowskys memory may be made to the Alzheimers Association or the American Heart Association.

Published in Syracuse Post Standard on June 30, 2007
Burial Location
A152