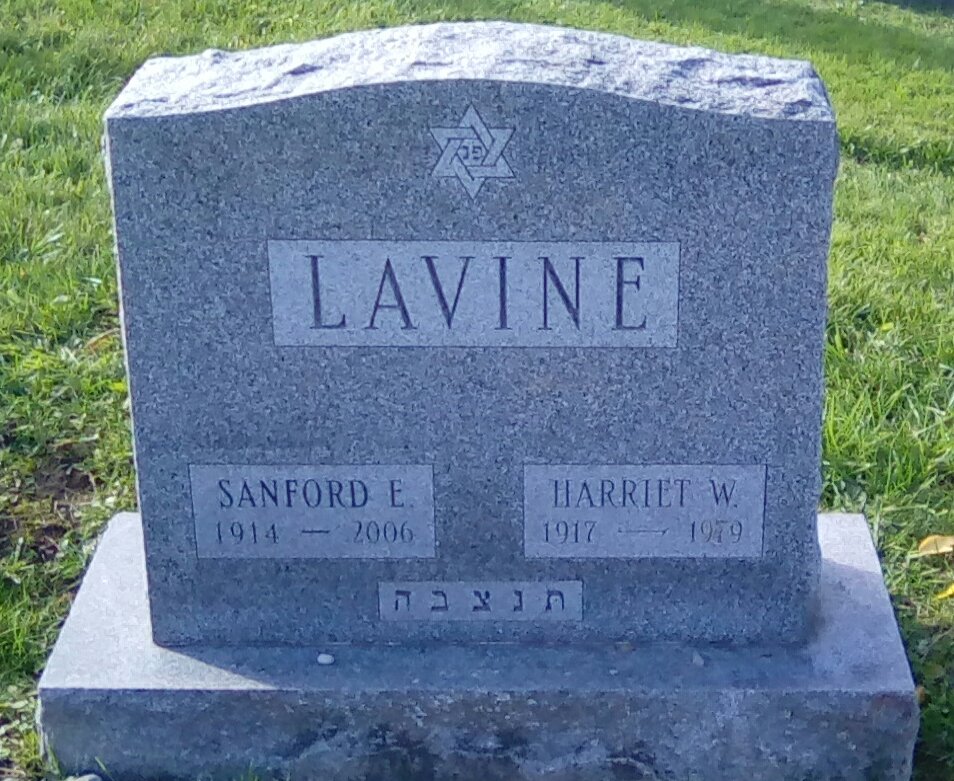 Sanford E. Lavine, 91, a lifelong resident of Syracuse, died Monday, August 28, 2006, at the Iroquois Nursing Home. Mr. Lavine served with the U.S. Army Air Corps during World War II in Guam, graduated from Syracuse University, was a certified public account, and was a founder of the firm of Lavine and Leffert and than a partner with the local firm of Lavine, Lustig n Alpert until his retirement in 1980. He was a member of the American Institute of Certified Public Accounts. Mr. Lavine was predeceased in 1979 by his wife, Harriet Lavine. Survived by his longtime companion, Leatrice Golden; and sons, Eric H. (Marie) Lavine and James P. (Carolyn) Lavine; daughter, Margery (Peter) Lawrence; and six grandchildren. Services will be conducted at 2 p.m. on Friday, September 1, 2006, at the Birnbaum Funeral Chapel, 1909 East Fayette St. Friends may call at the chapel on Friday from 1 to 2 p.m. Burial will be in Beth El Cemetery. Contributions In lieu of flowers may be made to the Syracuse Jewish Federation. birnbaum funeral service inc
Published Syracuse Post Standard on Aug. 31, 2006
Burial Location
A104