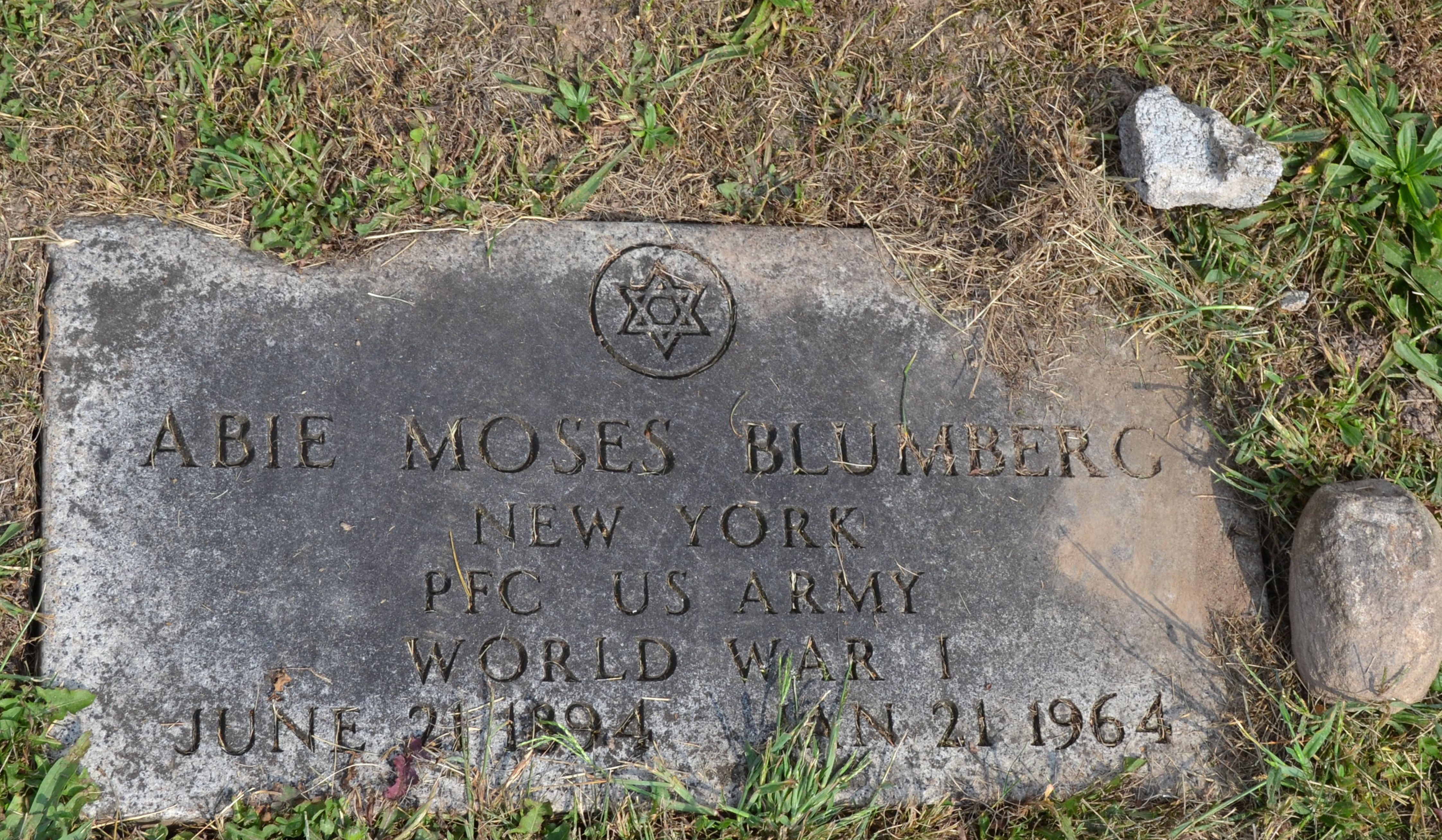 
Abie Moses Blumberg died on January 21, 1964. He was a World War I veteran. For 32 years, Mr. Blumberg owned and operated a grocery store and meat market in DeRuyter. He was survived by his wife, Mrs. Bertha Blumberg; a son, Herman J. Blumberg, DeRuyter; a daughter, Mrs. Arnold Schnier of Utica. Burial will be in Beth El Cemetery.