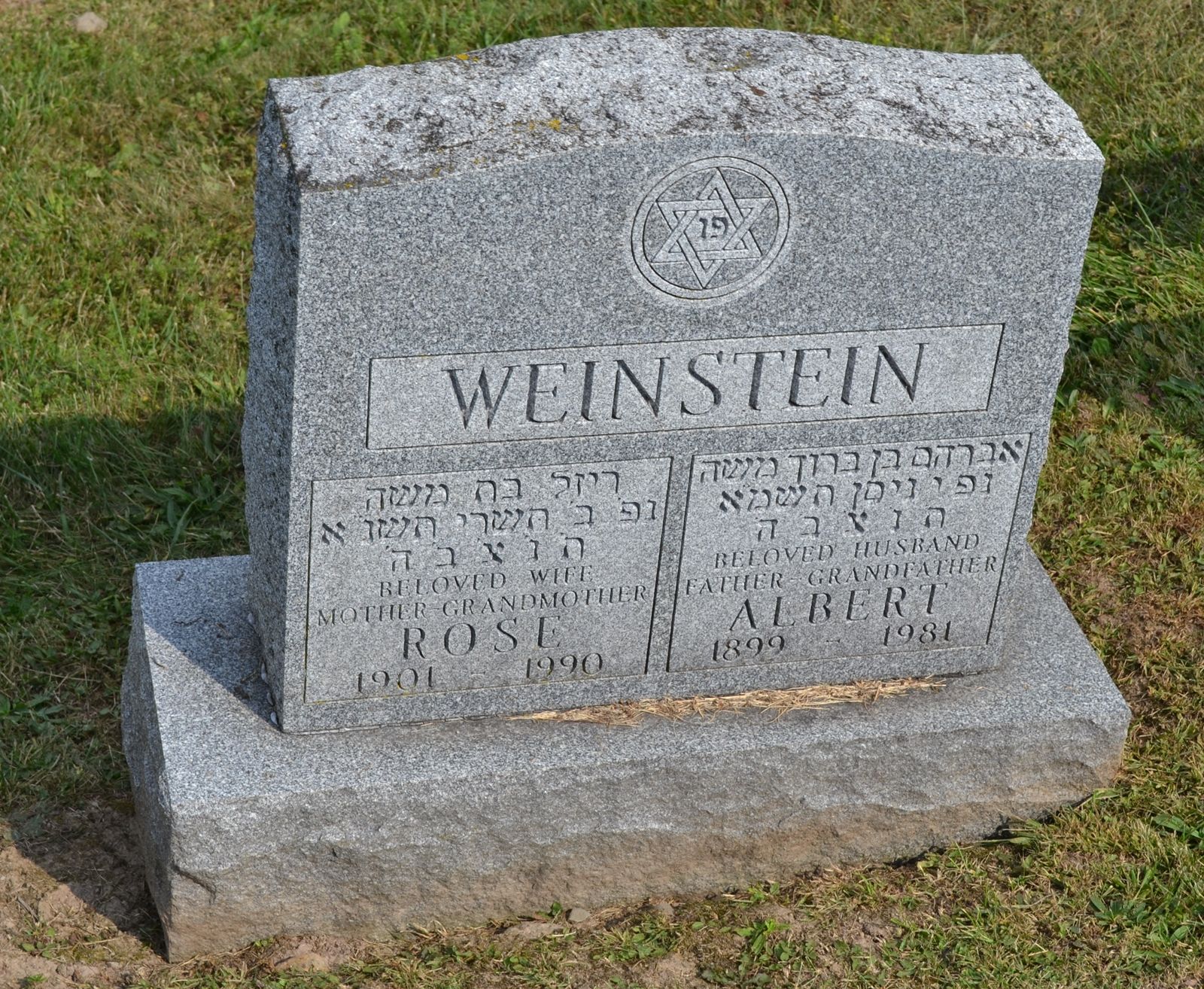 Graveside services for Rose Weinstein , 90, of the Jewish Home of Central New York, who died Friday at St. Joseph\'s Hospital after a short illness, will be at 2 p.m. today at the Temple Beth El Cemetery. Mrs. Weinstein and her husband Albert owned the W.A. Harvey Sporting Goods Co. and the Weinstein Jewelry Co., until their retirement in 1966. She was also an active member of the Temple Beth El. Albert Weinstein died in 1981. Surviving are a son, Edward of Syracuse ; a sister, Betty Levy of Syracuse ; two grandchildren, Lee Weinstein of Connecticut and Larry Weinstein of Bridgeport; and a great-grandchild.
Burial Location
W6